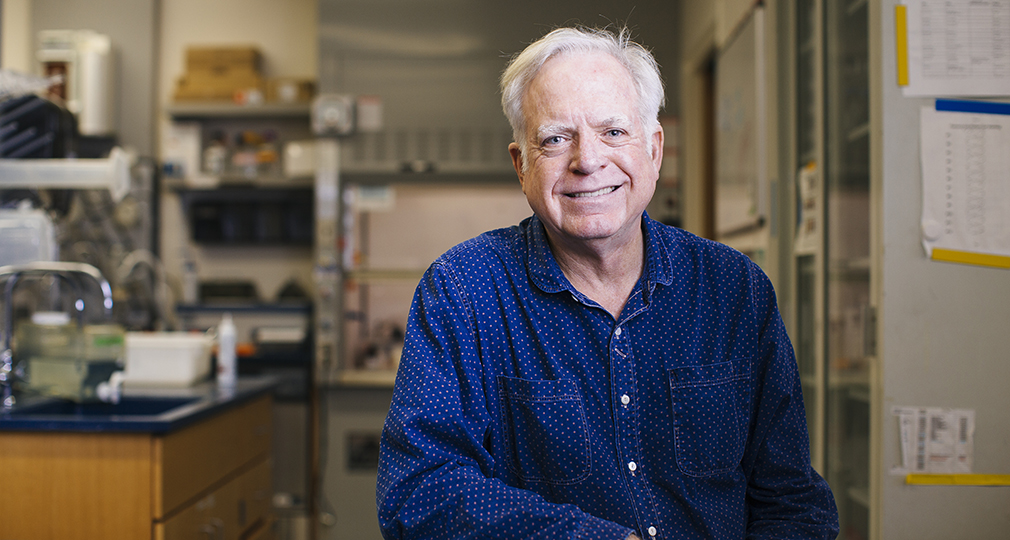 Berkeley Optometry Professor John Flannery in his lab at the Helen Wills Neuroscience Institute on the UC Berkeley campus.
It was surprisingly simple. University of California, Berkeley, scientists inserted a gene for a green-light receptor into the eyes of blind mice and, a month later, they were navigating around obstacles as easily as mice with no vision problems. They were able to see motion, brightness changes over a thousandfold range and fine detail on an iPad sufficient to distinguish letters.

The researchers say that, within as little as three years, the gene therapy — delivered via an inactivated virus — could be tried in humans who’ve lost sight because of retinal degeneration, ideally giving them enough vision to move around and potentially restoring their ability to read or watch video.