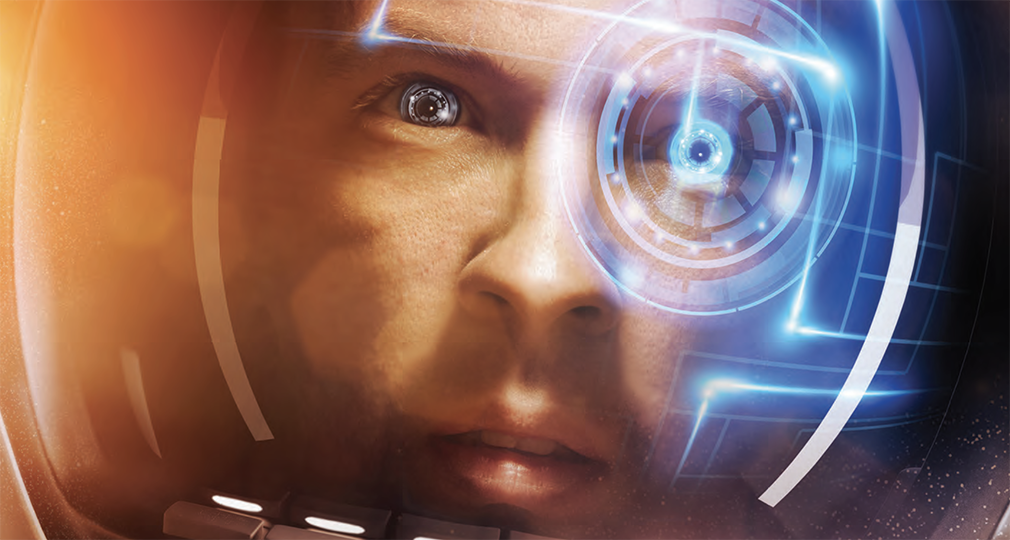 In Ray Bradbury’s classic dystopian sci-fi novel “The Martian Chronicles,” colonizers from Earth journey to Mars to escape war and nuclear armageddon at home. Published in 1950, Bradbury’s Mars is an oasis of gardens, canals, and sparkling cities. Absurdly, upon arrival the rocketeers from Earth quickly discard protective space suits to take in the fine Martian weather.

This past summer, Mars came within 35.78 million miles of earth—closer than it’s been since 2003. Seeing Mars shine so brightly in the night sky, it’s easy to imagine a day in the near future when humans touch down on the red planet. But instead of an earthly paradise, astronauts will encounter a world that is horribly inhospitable to humans; average temperatures are eighty degrees below zero, wind storms of toxic dust regularly rake the planet, and a murderous atmosphere that is 95% carbon dioxide would kill in minutes. Presumably, even these formidable challenges could be mitigated by underground living quarters and protective suits. However, a vexing and poorly understood barrier still stands in the way—astronauts who spend long periods of time in the microgravity of space risk permanent damage to their vision. Dr. John Flanagan, professor and dean at Berkeley Optometry, who spent ten years investigating the biomechanics of the eye in collaboration with Dr. Ross Ethier while at the University of Toronto says “it is vital that we understand the pathophysiology of the vision loss that can be experienced by astronauts. It is potentially the biggest barrier to future space exploration.”

It’s been known for decades that changes in vision can occur in space. John Glenn, the first American to orbit the moon, had “space anticipation glasses” at the ready in his capsule. Later, flight doctors began to notice vision changes in post flight exams, and a NASA-sponsored survey of 300 astronauts found that “about 23 percent of short-flight and 49 percent of long-flight astronauts said they had experienced problems with both near and distance vision during their missions.” Most of the time, with short flights such as the Apollo and Space Shuttle missions, which typically lasted two weeks, the changes went away once the astronauts were back on earth.

That changed with longer missions. When the International Space Station became available, instead of two weeks in space, astronauts were flying missions of six months or longer. In a 2016 Washington Post article, astronaut John Phillips described looking out of the International Space Station window to see a blurry planet Earth—a surprising result considering that he left Earth months before with 20/20 vision. Tests after the mission showed that his post-flight vision was 20/100 and that “the backs of his eyes had gotten flatter, pushing his retinas forward. He had choroidal folds…his optic nerves were inflamed.” Eventually his vision improved to 20/50, but it took six months.

“What we are talking about is called “Spaceflight Associated Neuro-Ocular Syndrome, or SANS, and it’s a big concern for NASA,” says Dr. Ethier, professor of biomedical engineering at the Georgia Institute of Technology. The syndrome affects astronauts who spend extended time in microgravity. “We think the threshold is about one month in space,” says Dr. Ethier, who is the project lead in a collaboration with the NASA Glenn Research Center to better understand why astronauts are experiencing eye issues, and what can be done to prevent it.

But while we can test for and measure the host of eye issues impacting astronauts, we are less sure why it’s happening. A leading theory is that pressure in the head is causing the issues. On earth, gravity pulls fluids away from our heads and into the legs. This does not happen in the microgravity of spaceflight. As a result, fluid is more evenly distributed throughout the body, and astronauts get swelled heads. “If you look at photos of astronauts in space, you’ll see their faces and heads are swollen,” says Dr. Ethier.

Dr. Ethier believes this theory—that SANS is due to increased cranial pressure—is close, but too simple. “It looks most similar to idiopathic intracranial hypertension, but it’s not a perfect match in terms of symptoms when on earth. Nobody really knows what the pressure is from.”

So what can NASA do to prevent SANS? One countermeasure being considered for long voyages will be familiar to fans of Stanley Kubrick’s film, “2001: A Space Odyssey,” where parts of the Discovery One spaceship slowly spin around, creating artificial gravity. Ethier explains that putting people in a similar centrifuge and gently spinning them to keep more fluids toward their feet could help, but it is unknown how long people would need to spin to prevent the sort of pressure that is damaging to the visual system. Computer models may provide additional answers. Ethier’s team is incorporating existing clinical research data into functional models to see how fluids might move around the body and what happens to the eye in microgravity.

A trip to Mars could take nine months. Once there, astronauts will need to contend with a gravitational pull that is only 38% of Earth’s—extending time spent in an environment that puts an incredible strain on the eye. It’s a sobering reminder that humans have evolved to thrive on Earth—take them out of that environment for long periods of time, and things can go awry. With the excitement over images of Martian sunsets and robotic rovers, it’s easy to forget that a Mars mission can only succeed if we understand how to keep our explorers healthy—and seeing well. Dr. Ethier sums up the problem, “If you send an astronaut on a long mission, it won’t be too good if they can’t see when they get there.”