Skip to Content
Artists have long been drawn to the eyes. And for good reason. Eyes are often associated with focus, truth, clarity, light, vision, prophecy, awareness, and observation — and so are a perfect symbol for artists striving to evoke imagery that surfaces these concepts to the conscious mind. Offered in no particular order. The image above is the False Mirror, by René Magritte.

by René Magritte, 1929
Magritte and other surrealists working in the aftermath of World War I were fascinated by the eye, and saw it as a portal “between inner, subjective self and the external world.” The visual artist Man Ray, also a surrealist, once owned Magritte’s False Mirror, and is said to have described it as “a painting that sees as much as it itself is seen.”

Kathmandu, 460 AD
Also known as the “Monkey Temple,” the Swayambhunath Stupa is one of the holiest Buddhist sites in Nepal. Each day, hundreds of pilgrims begin a series of clockwise circumambulations of the stupa. The eyes are said to represent wisdom and compassion. Above the eyes is a third eye, from which, it is said, cosmic rays emanate when Buddha preaches, carrying a message to “heavenly beings so that those interested can come down to earth to listen to the Buddha.” 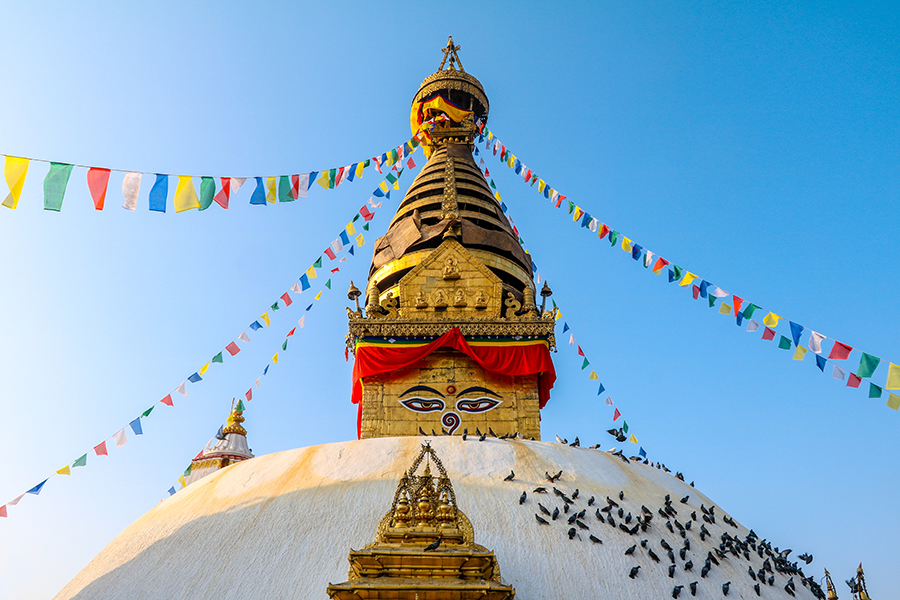 by M.C. Escher, 1946
One of the most famous graphic artists in the world, Escher drew this image of his own eye while looking at it through a convex shaving mirror. Of the drawing Escher wrote, “As the viewer always sees himself in the eye he is looking into, I decided to show a skull reflected in it…because we are all forced to look at Death, whether we like it or not. Or he looks at us.” 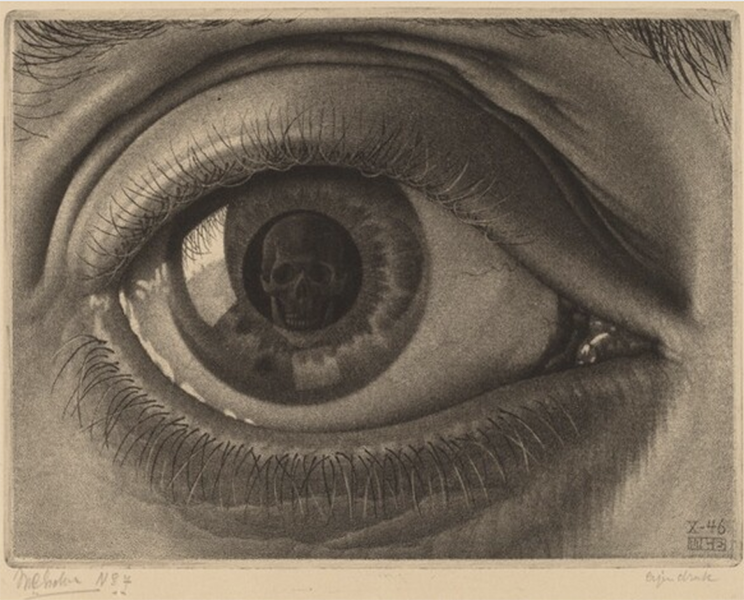 by Claude Monet, 1922
Monet, diagnosed with cataracts in 1912, initially refused to undergo surgery. Over time, his ability to see critical detail was reduced, and his paintings — such The Japanese Footbridge — took on a more muted, brown hue devoid of the vibrant use of color found in his earlier work. Eventually, Monet had cataract surgery, and over time his sense of color returned. 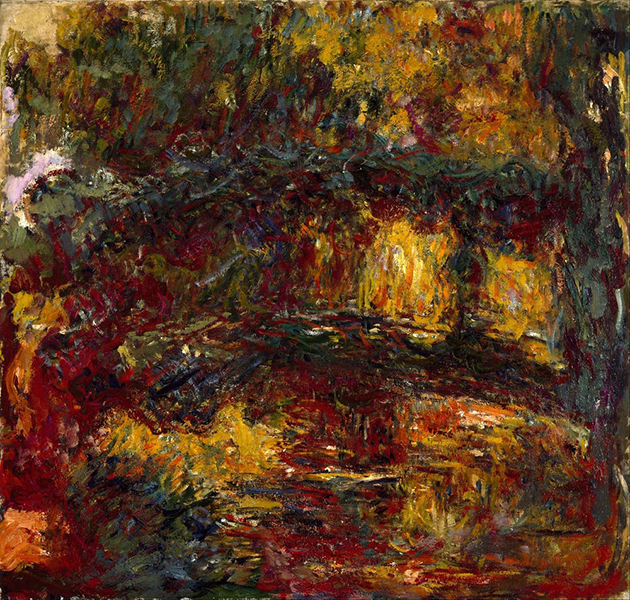 by Diego Rivera, 1929-1935
Celebrated artist Diego Rivera, one of the most important muralists of Mexico, painted a vast mural at the Palacio Nacional in Mexico City that describes the history of Mexico. In this section of the mural, we see the Viceroy Luís de Velasco, who was an emissary sent by the Spanish king to rule over Mexico in the late 1500s. Velasco, pictured in the center, is thought to be the first person on the American continent with eyeglasses. 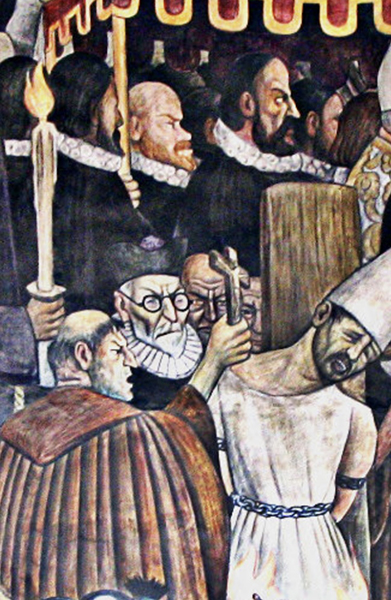 Tomb of Sennedjem, ca. 1250 BC
Located on the West Bank of the Nile, lies the tomb of a local artisan named Sennedjem. The walls of his tomb, like that of many artisans from the area, are adorned with mythological symbols. The Egyptian sky god Horus is the son of Isis and Osiris; his eye — The Eye of Horus — is a symbol for well-being, healing, and protection. 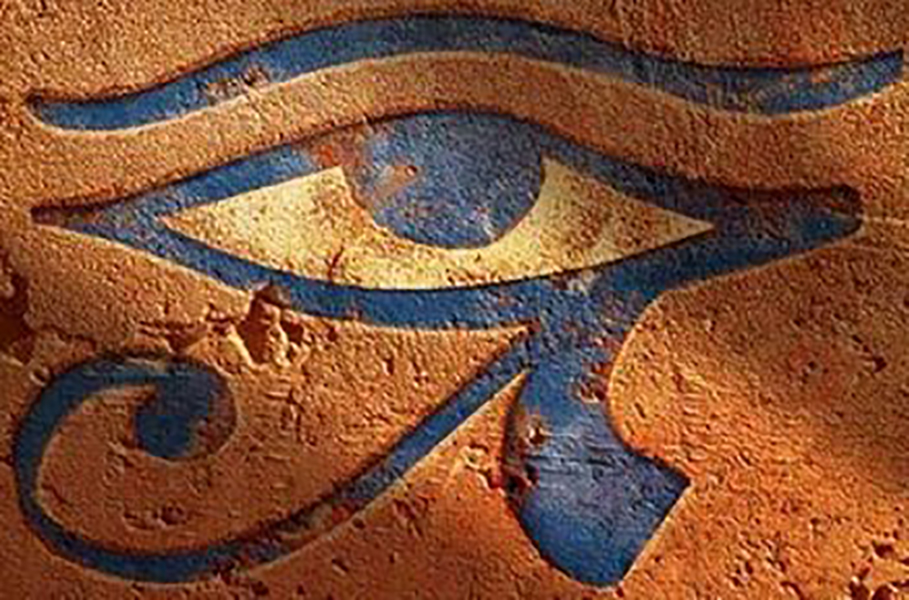 Salvador Dalí, 1945
Filmmaker Alfred Hitchcock commissioned Spanish surrealist Salvador Dalí to create a series of paintings for the psychological thriller, Spellbound, starring Ingrid Bergman and Gregory Peck. The paintings were used during a dream sequence where Gregory Peck’s character describes being in a gambling house that had curtains adorned with eyes, which were then cut with a giant pair of scissors. Spooky! 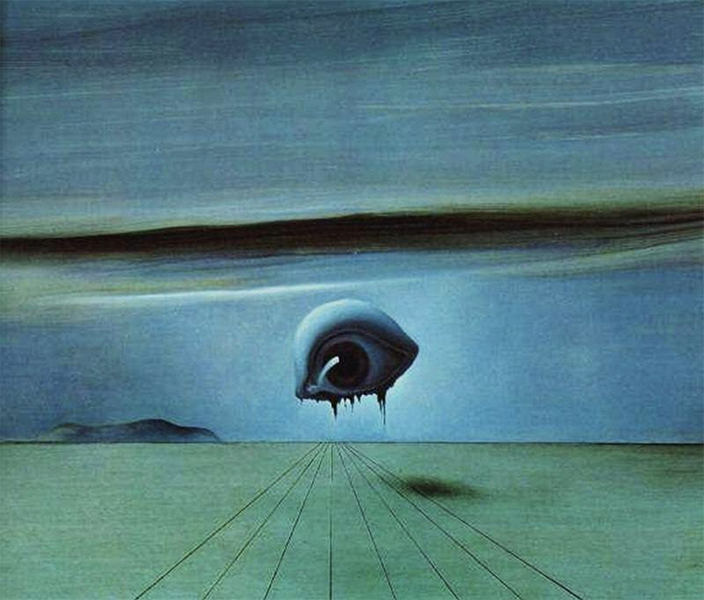 by Pablo Picasso, 1903
The deeply shadowed eyes of the blind guitar player are typical of Picasso’s Blue Period, which began after he learned of the death of a dear friend. As Picasso’s depression deepened, his paintings took on somber blue tones, and many of his subjects depicted “the miseries of the poor, the ill and those cast out of society.” Art historians believe that Picasso may have also been influenced by the literature of the Symbolist movement, which included “blind characters who possessed powers of inner vision.” 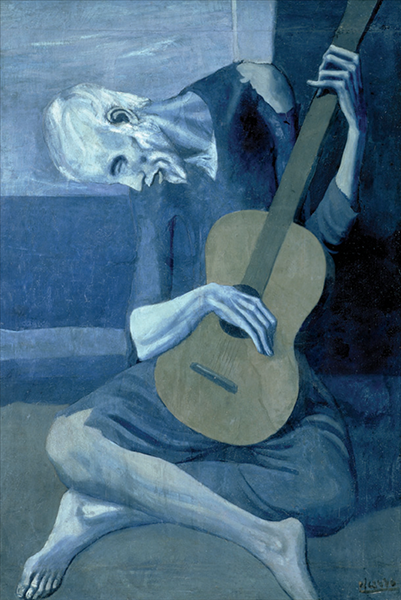 by Bryce Olson, 2020
No top ten list would be complete without an entry from one of our talented students! This charcoal and ink drawing by 2nd year student Bryce Olson was created for the California Optometric Association to celebrate 2020. There wasn’t much to celebrate that year after all, but we think this piece is beautiful! For models, Bryce used friends, family members, optometry students, and Dr. Ron Seger of the COA. 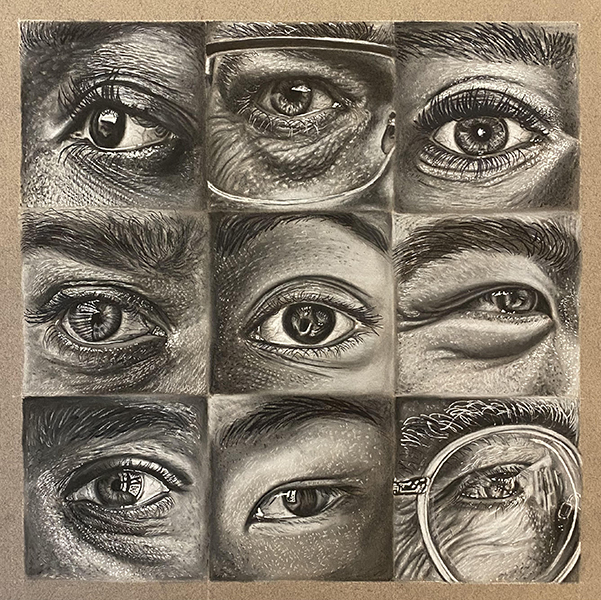 by Cyrus Kabiru, 2013
“I really love trash,” says Cyrus Kabiru, a painter and sculptor living in Nairobi, Kenya. “I try to give trash a second chance.” C-Stunners is a collection of eyewear fashioned from mostly electronic waste. Each frame is cleverly named with reference to its previous life. A salvaged set of speakers is “Big Mouth,” a desktop computer became “The Fatherboard.” 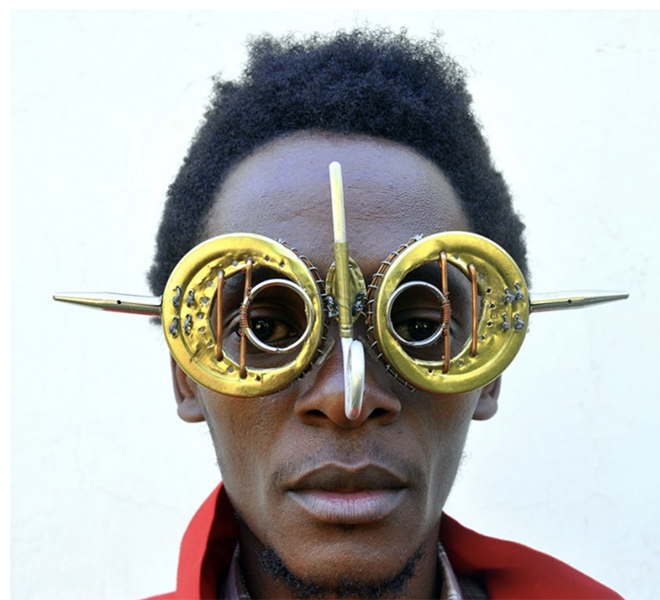