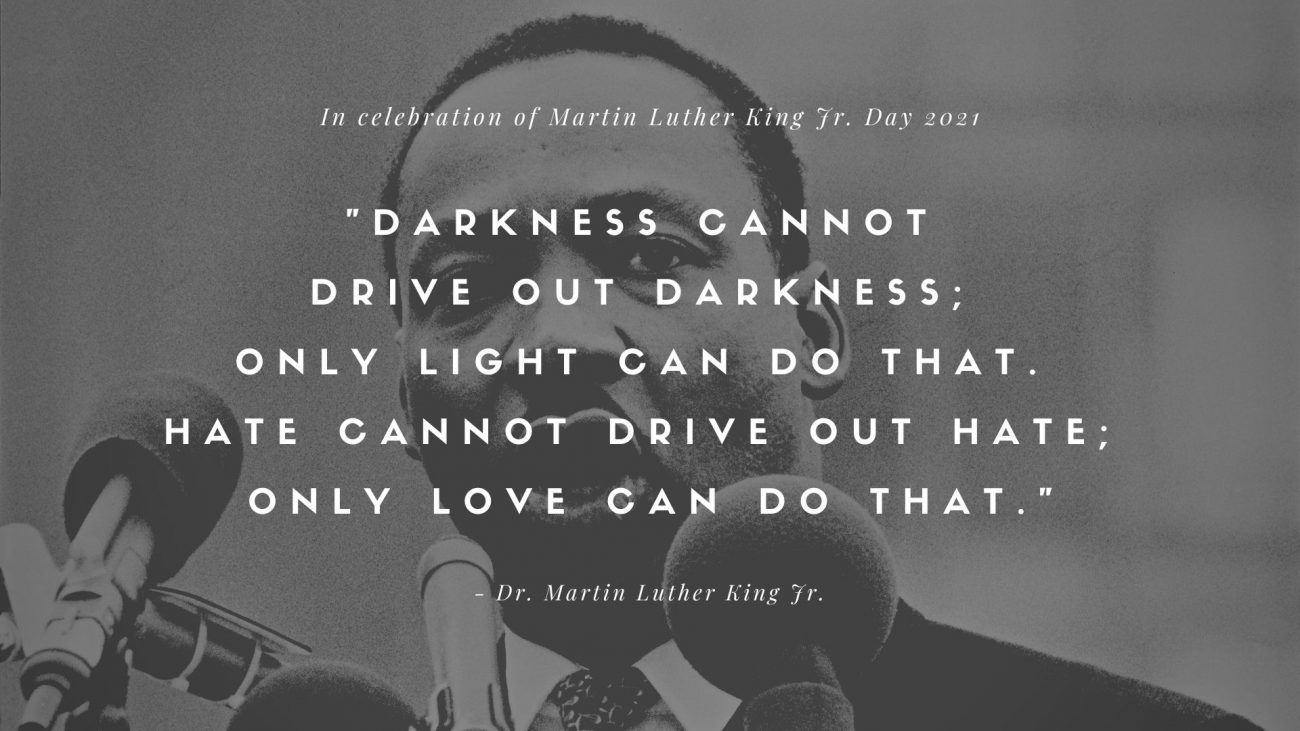 Today we celebrate Martin Luther King Junior Day. The late Dr. King was a man who stood for unconditional love, forgiveness, and nonviolence. He led America in racial justice and equality, and his message still inspires us today. Read some reflections from our students and faculty on his impact and dreams for our nation below.

The school community is creating learners of today and leaders of tomorrow who could play a significant positive role in our country. We hope our students embrace this responsibility to better the world.

“The function of education is to teach one to think intensively and to think critically. Intelligence plus character – that is the goal of true education.” – MLK jr.

One of MLK Jr.’s most important speeches relevant to scientists is his 1964 Nobel Peace Prize address connecting religion and science, overall speaking on ethics in scientific advancement. Describing the nuclear bombings in Hiroshima and Nagasaki, he warned that the morals of scientists are important in bringing good to the world. These words guide my personal moral compass in my journey to discover the unknown and contribute to society with only good intentions. In celebration of his legacy, I think scientists should emanate these good intentions always.

Sometime during undergrad some six or seven years ago, someone somewhere told me that Martin Luther King Jr. once delivered a speech on the steps of Sproul Hall. To this day, it’s the first thing I think about when I find myself strolling through that part of campus, and it humbles me every time. To be on a campus with so much history and unrelenting passion to fight for what’s right, is such a privilege and inspiration. Though I can’t help but think Dr. King might be disappointed by our nation’s progress (or the lack thereof), I have to believe he is proud of how far we’ve come and hopeful of where we still have to go.

My absolute favorite MLK quote is “He who passively accepts evil is as much involved in it as he who helps perpetrate it. He who accepts evil without protesting against it is really cooperating with it.”

If the latest events our country is experiencing isn‘t enough evidence of this notion, it’s even more purposeful to think about all the smaller slips that went through the cracks unadhered to that allowed “evil” to grow. Even with the little things, even in our daily lives, being present and fighting for what’s right is essential to promise a better tomorrow—by everyone doing their part and not turning a blind eye. Whether it is an injustice socially, professionally, academically, or politically, we are all touched by things that we know needs change; being an active part of that change is not just by choosing to do something about, it is even by the choice to not act against it—so hopefully when one is faced with such things, they’ll make the right choice.