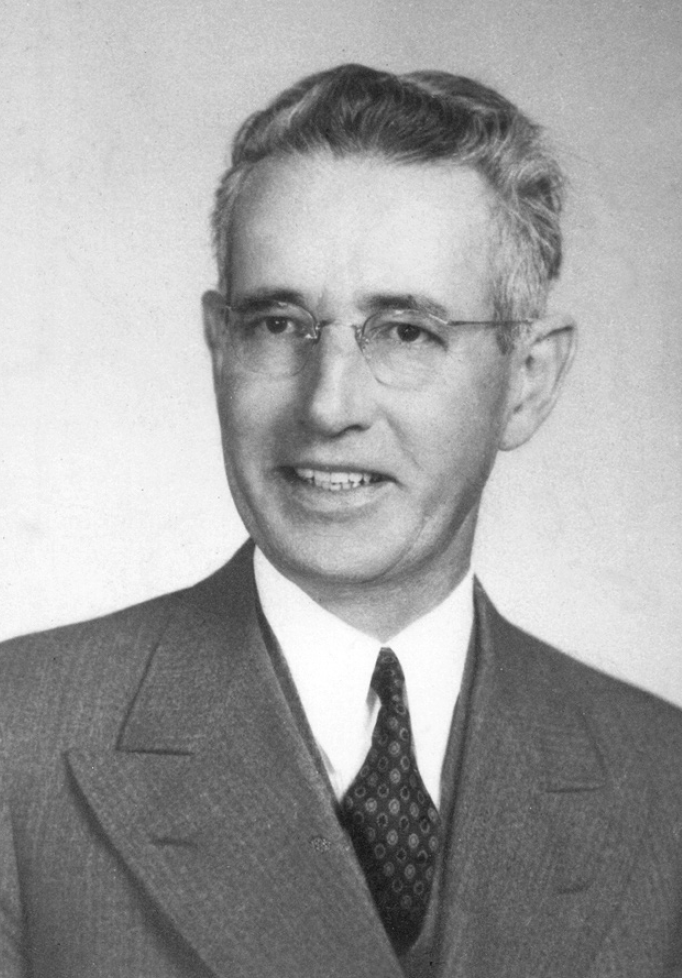 Thomas Peters (1886–1956) was born in Oakland, California, of Irish immigrant parents. He began his working life as a jewelry maker for Shreve and Company in San Francisco. In 1916 Peters decided to study optometry while continuing to work as a jeweler, by that time in Oakland, taking night courses and graduating from the privately run California College of Optometry in San Francisco. Dr. Peters soon became a widely respected optometrist, and by 1927 he was elected president of the Alameda Contra Costa Counties Association of Optometrists.

By the mid 1930s, Peters’ leadership in organized optometry was in great demand. His son Henry [Class of ’38 and Hall of Fame charter member] recalled that his father “served as Director of Legislative Activities for the … [California State Association of Optometrists, CSAO]—for five years [1933–38], conducting much of the business of the [CSAO] … out of an attic room in our home [in Oakland] or on the Sacramento Shortline train to the State Capital. Many a night I have awakened to hear the tat-tat-tat of his typewriter in the wee small hours.” Peters went on to serve as president of the CSAO for two consecutive terms in 1939–40.

Dr. Peters role in the early history of Berkeley Optometry is legendary. As chair of the CSAO’s Optometry Building Fund Committee in 1940–48, Peters led the effort to raise funds from licensed optometrists throughout California, and in May 1941 met the target he negotiated with the University — $80,000 in matching funds. These and other efforts resulted in new facilities (the Optometry Building, later called Minor Hall), thereby winning a more secure status for optometry not only on the Berkeley campus but, symbolically, for the profession nationwide.
Many years later, Dean Emeritus Meredith Morgan recalled Peters’ contributions to the School and the profession:

“I remember him as one of the busiest, best organized, warm, friendly, straightforward persons I have ever known. He was a consummate politician in the best sense…. Tom Peters did the most to help Ralph Minor convince [UC president] Robert Gordon Sproul … that Optometry should have a building…. Sproul … said OK … providing Optometry raised the first half of the estimated $160,000. For the next several years, Tom Peters, Ralph Minor … toured the state beating the optometry bushes for the necessary funds. Unfortunately, World War II intervened, and … the cost of the building had risen…. This was a challenge to Tom Peters, rather than an insurmountable obstacle…. Tom then … almost single-handedly got the legislature to approve an appropriation of $300,000 for an Optometry building…. Tom is gone in person but not from the hearts of those of us who knew him. Optometry lives on stronger because he lived and dedicated himself to his profession….”

Upon the dedication of the Optometry Building in 1948, Dean Emeritus Ralph Minor wrote: “Once more the most outstanding optometrist in the United States has fired with enthusiasm diverse and stubborn elements to make and mark another milestone in the progress of Optometry. The building is a memorial of your courage, insight and keen judgment. Sir, I salute you.”

During the negotiations for the Optometry Building, Peters also wrested from President Sproul a promise, in 1946, to have the University, for the first time, fully fund the optometry program, which until then had been supported exclusively by optometry state license fees. This pledge was honored by Sproul in 1948.

In 1952 Dr. Peters was awarded an honorary membership in the Optometry Alumni Association of UC. Soon after his death, Berkeley Optometry endowed the annual “Thomas H. Peters Memorial Lecture” in his honor. Dr. Peters died in 1956.