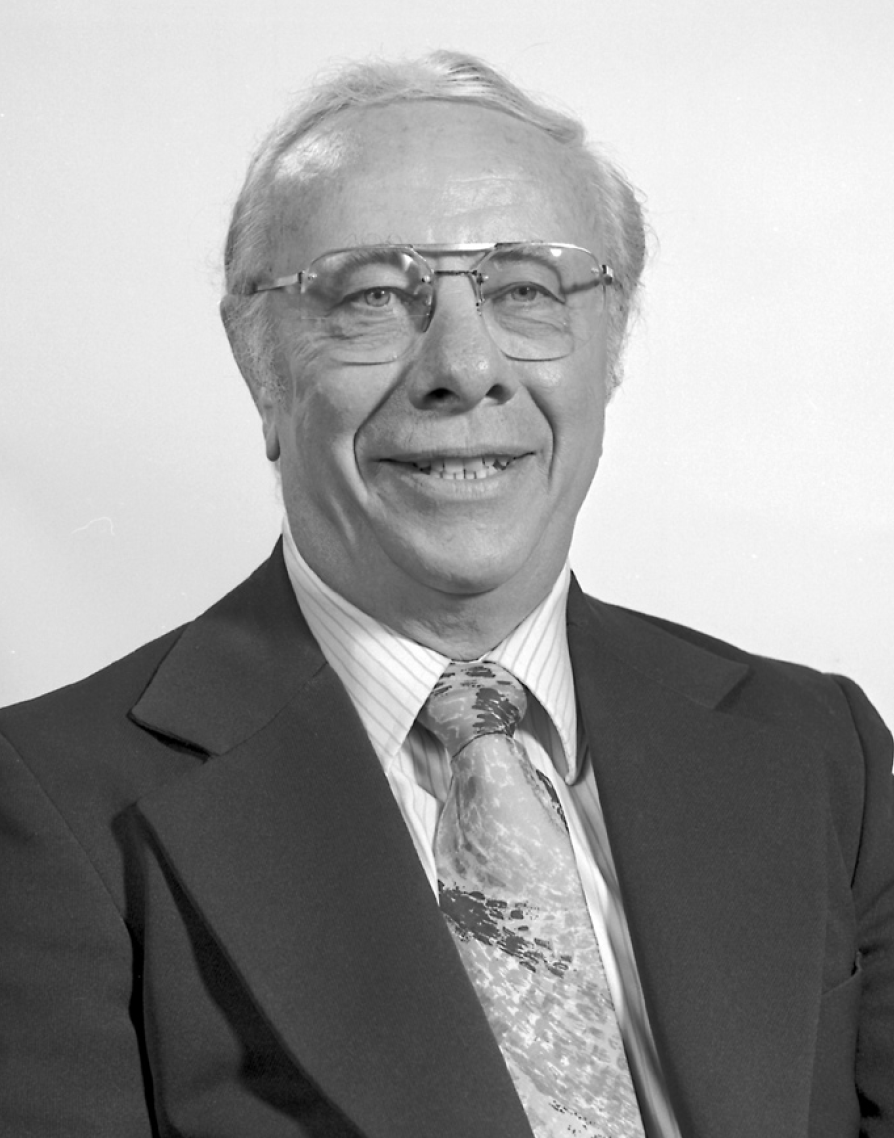 Dr. Roy Brandreth was born on November 26, 1922 in Calgary, Alberta. From 1942–1945 he was a pilot for the Royal Canadian Air Force. At UC Berkeley, he played on the ice-hockey team and became a first-string All-American center. He subsequently played professionally for the Toronto Maple Leafs. (Brandreth’s skill in ice hockey allowed him to teach at the ice-hockey school in Concord, CA and also to become the director of Berkeley Iceland.) He graduated from Berkeley Optometry in 1953.

Dr. Brandreth maintained a private optometry practice for thirty years. From l953–1960 he practiced in Oakland, California, and from 1960–1983 in Pittsburg, California. He was also a staff optometrist at Cowell Memorial Hospital on the Berkeley campus, all while maintaining ties with Berkeley Optometry. From 1957-1983 he was a part-time clinical instructor teaching General Clinic, Contact Lenses, Ocular Disease, and Ophthalmic Optics. He served as the Director of Clinics at Berkeley Optometry from 1982–1988.

As Director of Clinics, Brandreth’s principal challenge was to reduce a large, preexisting operating deficit and increase revenue. Among his contributions were modified fee schedules for specialty clinic services and renegotiated contracts with optical companies for frames and lenses that helped increase income and lower operating costs. An improved system of mail and telephone visit reminders also reduced the number of patient no-shows. To bring in more revenue, Brandreth worked with the dean, Jay Enoch, to open the general and specialty clinics on a twelve-month basis, which also provided student interns with more opportunities for clinical training. Year-round clinic operations remain in place to this day.

Roy Brandreth retired in 1988. That same year the student body established the “Roy Brandreth Award” to honor his many years of service to Berkeley Optometry. The award acknowledges a faculty member who, in the judgment of the graduating class, best exemplified true professionalism and most influenced students to strive for clinical excellence. The first recipient was Karen Walker-Brandreth in May 1989.

Professional and community service have been an important part of Roy Brandreth’s life. He served as a board member of the Alameda and Contra Costa Counties Optometric Society in 1973 and as president in 1977. The society voted him Optometrist of the Year in 1978, as did the California Alumni Association in 1983, and the California Optometric Association in 1984. Dr. Brandreth’s community involvement included providing summer recreation services for children and also directing the Lions glaucoma clinic in Pittsburg, California. Dr. Brandreth died in 2012.