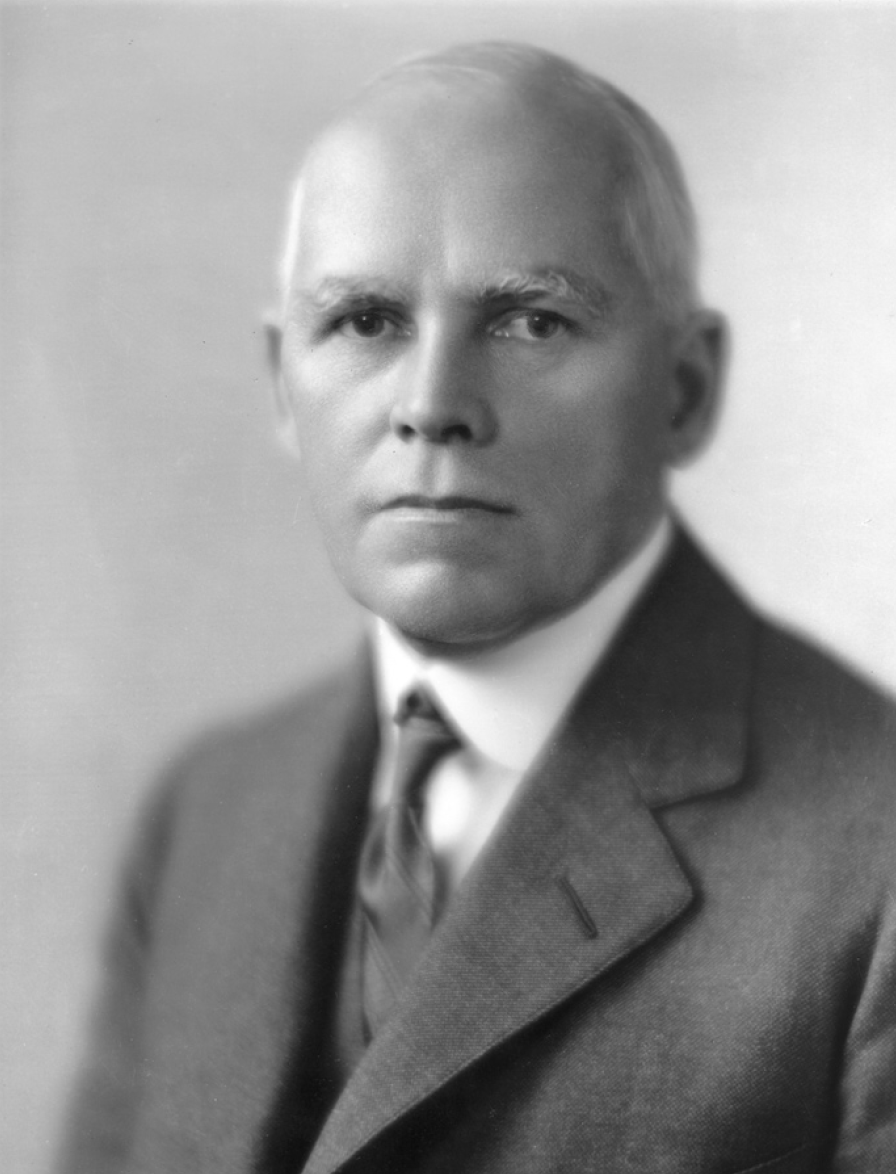 Ralph Minor (1876-1961), Professor of Physics, was placed in charge of the inaugural Optometry curriculum in the Department of Physics in 1923. He later became the first Chairman (1939), Director (1941) and Dean (1945) of Berkeley Optometry. Under his leadership the curriculum grew from a limited professional program grafted to the Physics curriculum into an independent department and then School of Optometry. Minor fought tirelessly for the advancement of the professional program, sometimes at the expense of collegial relations with his colleagues in Physics. He shaped the curriculum, replacing upper-division physics courses in favor of more clinical training that would greatly benefit the program in optometry. During Minor’s tenure, Optometry gained in academic prestige, the number of students increased, and a distinguished faculty was recruited and nurtured.

When Minor accepted the offer of a two-part faculty appointment shared between the Department of Physics and the newly constituted curriculum in Optometry in 1923, he had more than a decade of familiarity with the inadequacies of optometric education. His first encounter with professional optometry was a lecture before the Alameda County Society of Optometrists given in 1911 (his topic was “Five Fundamental Phenomena of Light”). He also gave University Extension lectures in 1915 on elementary physics and optics that were well attended by optometrists. In January 1919 he presented “Optics as Applied in Optometry” — the first UC Berkeley course ever designed for optometrists. During this time, Minor was also closely involved with negotiating and planning the first optometry curriculum at Berkeley.

In 1940 Dr. Minor attempted to expand the program from four years to five (adding a graduate year), but the war years intervened and the change was deferred until 1948, shortly after his retirement, when the Class of 1951 entered the extended program and graduated three years later with MOpt degrees. Minor also began negotiations with the University in 1938, aided primarily by the Oakland optometrist Thomas Peters (1886–1956, father of Hall of Fame member Henry Peters), for a separate Optometry building. Again, the war (and its inflationary pressures) prevented an early resolution, but a building was found in 1948. It was rededicated as Ralph S. Minor Hall in 1970.

Dr. Minor was an amateur typographer and printer. From 1934 through 1954, he published the “Directory of Optometry Alumni” from his private printing press (called the “Oquaga Press”). Alumni granted Dr. Minor an Honorary Life Membership in 1938. Dr. Minor held an honorary degree from the Los Angeles College of Optometry and was an Honorary Life Member of the American Academy of Optometry. He retired on June 30, 1946, and died from heart failure on September 6, 1961 at his home in Berkeley. He will long be remembered as a leader in the field of optometry but, more importantly, many of his former students remembered him as a friend and advisor who molded their professional attitudes. In July 3, 1946, UC President Sproul paid homage to Ralph Minor: “… you have succeeded in developing the field of optometry from a casual specialty in the Department of Physics to a full-fledged professional school. In doing this, you have won and held the cooperation of professional workers in the field and, with their help, have successfully accumulated a fund for the construction of a home for the School. I congratulate you on a job well done.” Dr. Minor died in 1961.