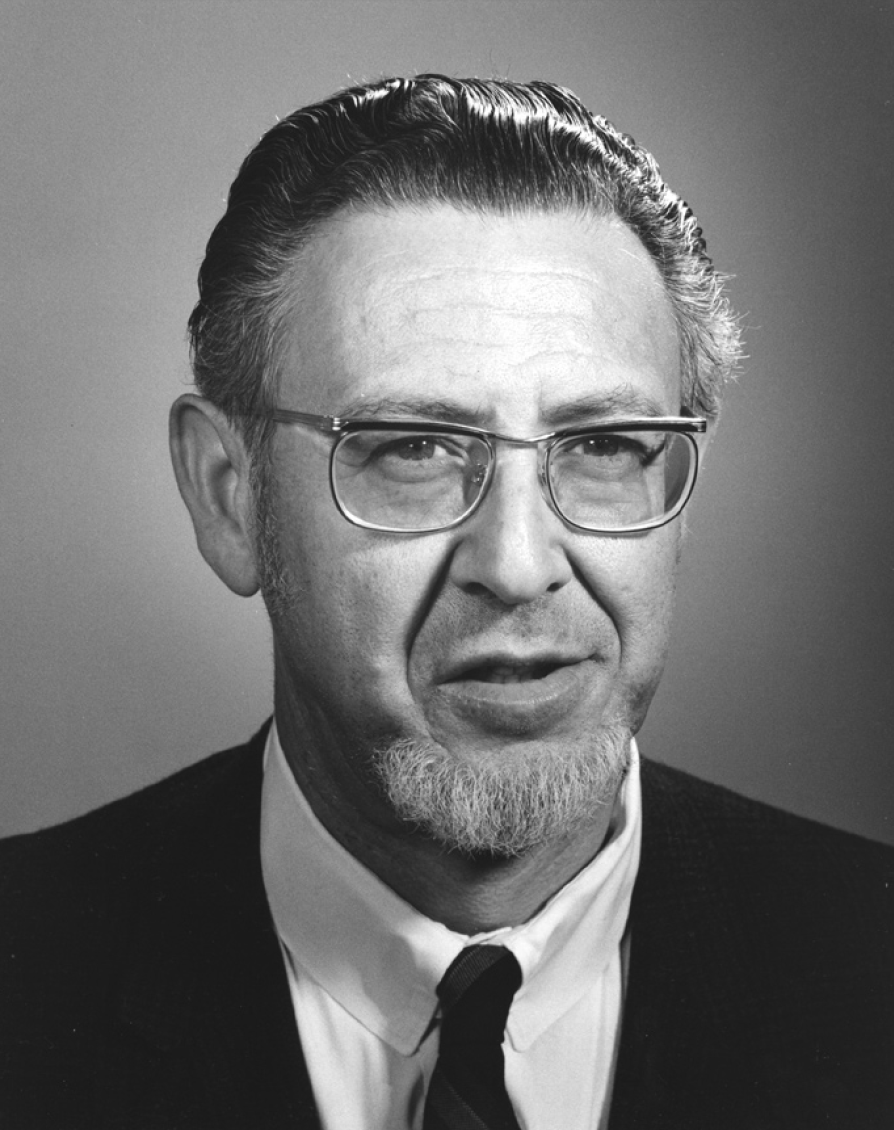 Dr. Monroe J. Hirsch (1917–1982) was born in New York City and graduated from Berkeley Optometry in 1940. From 1940 to 1947 he began his multifaceted career, as an optometrist in Oakland, a clinical instructor at Berkeley Optometry, and a vision science researcher, while also completing graduate study (PhD, 1947) and research in physiology at Stanford University under Hall of Fame member Frank Weymouth.

In 1947 he went to Ohio State University where he was an Assistant Professor. He moved back to California in 1949 when he became an Associate Professor at the Los Angeles College of Optometry (LACO). He left LACO in 1953 (as a full professor) to return to private practice in Ojai, California. His first month’s schedule was filled before opening day and he worried, unnecessarily, that he might see all the presbyopes in Ojai the first month.

Hirsch succeeded in private practice not only because of his fine clinical skills, but also because he was part of the community. He was president of the Ojai PTA and Lions Club. He started the Little League Baseball team in Ojai and was its first president. He was also a civic leader, serving two terms on the Ojai City Council and one term as Mayor (1958). He was instrumental in starting a local newspaper. Recognized for his outstanding community leadership, he received the Distinguished Service Award from the US Junior Chamber of Commerce in 1969.
In 1955 Hirsch became a faculty member “without portfolio”—visiting Berkeley several times a year to lecture and interact with students and faculty. In 1967 Dean Meredith Morgan persuaded him to join the faculty on a more regular basis, so Hirsch agreed to be in residence each spring semester for three years. In 1970 he was appointed Director of Clinics and then a full-time faculty appointment in 1971.

Hirsch became Dean of Berkeley Optometry in 1973, serving until 1978 when he retired for health reasons. One of his achievements was to replace the old-style institutionalized methodology of a teaching-clinic with a private practice model. Hirsch’s modular system was based, in his words, on the “basic premise … that students will learn the best practice methods and patients will receive the best care if we simulate as closely as possible the conditions that exist in private professional practice.” The system remains in effect to this day.

Hirsch published over 140 papers, editorials, and reviews in professional journals, and he authored or coauthored four books, including Vision of the Aging Patient (1960) and Vision of Children (1962). While in private practice in Ojai, he also conducted a much-respected longitudinal study of the refractive state of Ojai school children. He was editor of the American Journal of Optometry and the Archives of the Academy of Optometry (1968–1977), and President of the American Academy of Optometry (1966–1968). Hirsch served on advisory committees for the State Department of Health and the State Department of Education, in addition to numerous professional association committees.