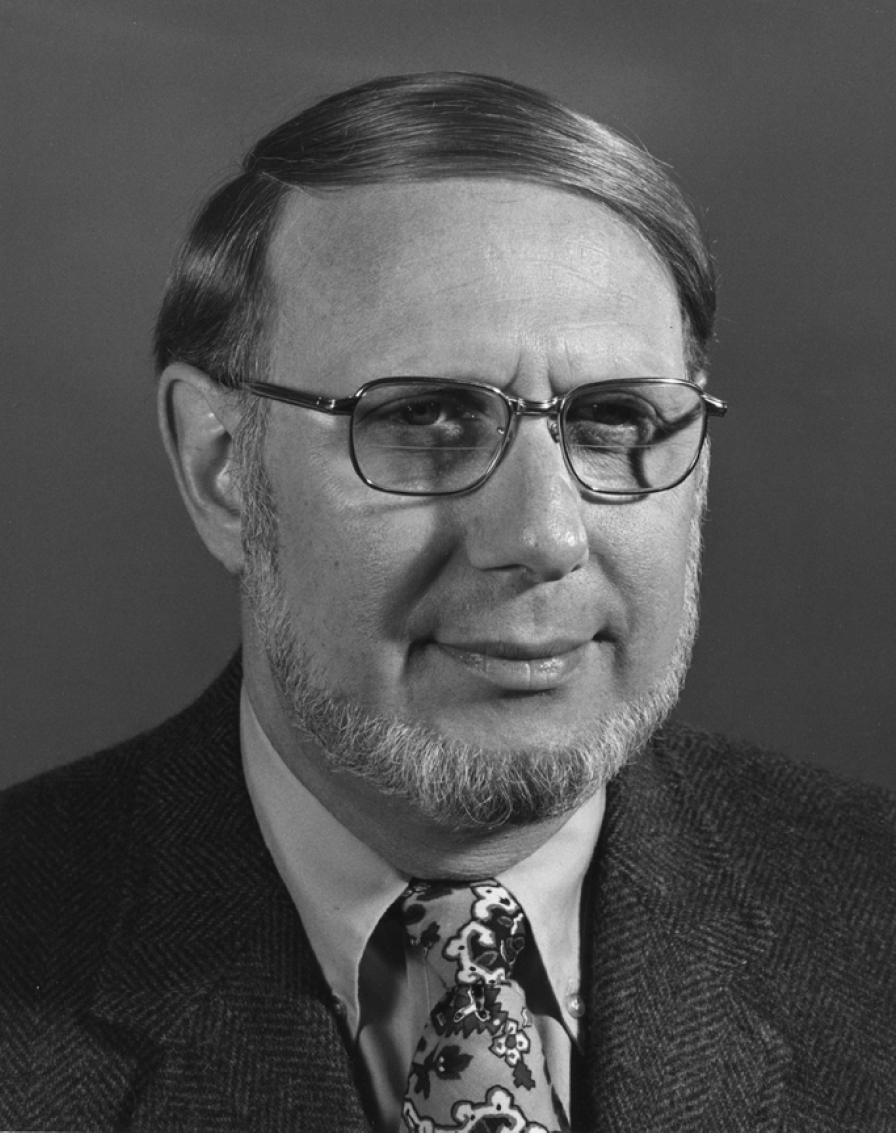 Dr. Merton Clyde Flom was born in Pittsburgh, Pennsylvania in 1926. Before his active involvement in optometry, he served in the US military from 1944–1946 as an Electronic Technician’s Mate Third Class, US Naval Reserve. After his discharge from the Navy in 1946, he completed pre-optometry courses at UCLA in 1948 and then matriculated that same year to Berkeley, where he earned a MOpt in 1951.

Flom was appointed Research Fellow of the American Optometric Foundation from 1952–1956. Immediately after graduation he was hired as an instructor at Berkeley Optometry while also training as a graduate student in the Physiological Optics Graduate Program. He earned his PhD in 1957 with a thesis “The Empirical Longitudinal Horopter in Anomalous Correspondence” focusing on how esotropic patients perceive distance and space. In 1967 he became Professor of Physiological Optics and Optometry while maintaining his own private practice. He later developed the strabismus clinical program at Berkeley. His work with strabismic patients led to the Flom Prognosis Chart, now widely used to determine the probability of functional correction through therapy for different types of strabismus.

As one of Berkeley Optometry’s most outstanding lecturers and popular professors, he was well known for being personable and endearing. Many students who survived his entertaining but rigorous approach to clinical instruction were proud to declare that they were “Flom trained.” He would share more of his personal life with faculty and students than any other instructor. For example, when his daughter was diagnosed with early onset diabetes, he openly told of his efforts to prevent the consequences of her disease.

Dr. Flom taught until 1982, when he was nominated to become Dean of the School of Optometry at the University of California. Unfortunately, he did not receive the position. Preferring the administrative over the clinical aspect of optometry, he accepted the position of Associate Dean in charge of graduate studies in vision science at the University of Houston. Flom’s publications, scientific papers, and book chapters focus on problems of binocular vision, amblyopia, and strabismus. His research includes work funded by NASA, the US Army, the US Public Health Service, and the National Eye Institute. During his long career, he made significant contributions toward research in binocular vision and space perception.

Flom was also active in the UC Optometry Alumni Association, serving as President in 1963 and 1964. He was President of the American Academy of Optometry (1981–82) as well as editor of its journal, the American Journal of Optometry and Physiological Optics (1976–1978). Other positions with the Academy included member-in-charge of the Orthoptics Subcommittee (1961–1966), member (1963–1968) and chairman (1968–1978) of the Editorial Council of the Journal, and chairman of the Papers and Program Committee (1967–1968). He was also a member of the Executive Council and served on the NEI’s Vision Research Review Committee, as well as the Committee on Vision of the National Academy of Sciences and the National Research Council. 1n 1966 Dr. Flom received the Optometry Alumni Association of UC’s Alumnus of the Year Award. In 1976, he received the Academy’s Eminent Service Award. After serving on many committees of the COA, he was awarded the COA’s Commendation Award in 1977.

Dr. Flom retired from the faculty at the University of Houston School of Optometry in 2001. In 2005, the Berkeley Optometry Class of 1980 established the Merton Flom Teaching Award. Flom was inducted into the National Optometry Hall of Fame in 2006, and in 2007, the American Optometric Foundation established the “Merton Flom Ezell Fellowship in Leadership.” Dr. Flom passed away in 2010.