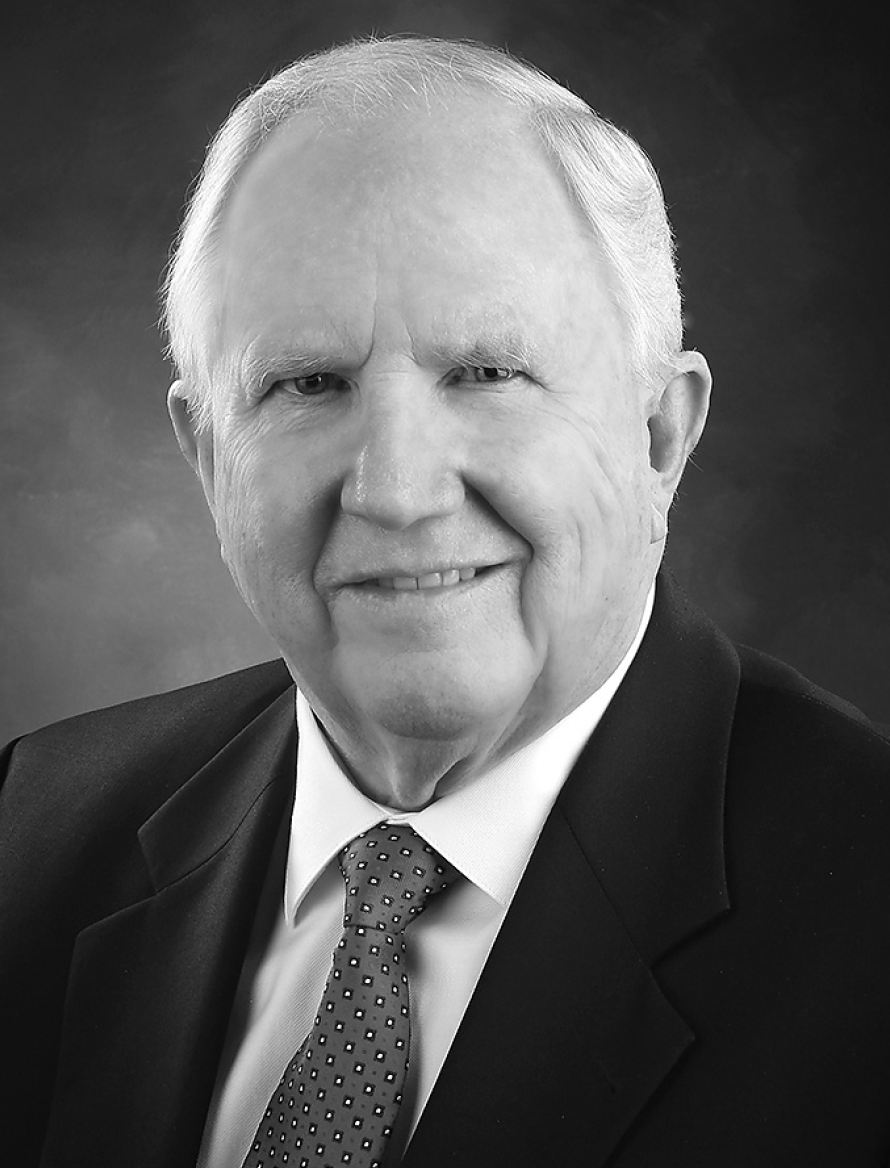 Edward Elliott (1940-2022) was born in Turlock, California in 1940. A physics major at the University of California, Berkeley, he transferred to the UC Berkeley School of Optometry, graduating in 1965. Immediately after graduation, Dr. Elliott worked in a private optometric practice in Turlock until he was drafted in 1966. He served first as an optometrist and then as hospital commander for two years during the Viet Nam War. He returned to California where he established a private optometric practice (Modesto Optometric Vision Center). His son Brian (Class of ‘90) later joined and became a partner in the practice.

Always an entrepreneur as well as a third-generation Californian with an agriculture background, Elliott managed the Modesto Fruit Exchange during his student years at UC. In addition to his optometric practice he has been involved in agriculture enterprises and is a partner with Jaclyn, one of his daughters, in a market research company. When necessary, he seeks legal advice from his attorney daughter, Amy. (Dr. Elliott and his wife Terry’s three children are all University of California graduates.)

Dr. Elliott joined the faculty at Berkeley Optometry in 1974 as a Clinical Instructor, then served as a Clinical Assistant Professor, Clinical Associate Professor, and Clinical Professor. Over two decades he trained optometric interns in general clinic, contact lenses, binocular vision, and business aspects of the profession. He also served as an advisor to PhD candidates in the UC Berkeley School of Public Health.

In the 1980s the School of Optometry was targeted by the University administration for possible relocation off the Berkeley campus. In 1986 Dr. Elliott served as the School of Optometry’s representative on the Health Sciences Optometry School Subcommittee reviewing Optometry’s role on campus. He presented before the committee a persuasive case to save the School on campus, detailing the critical need for training optometrists and vision scientists and to do so at Berkeley for the benefit of the profession, public, and University. Partly as a result of Dr. Elliott’s efforts, committee consensus strongly recommended that the School should remain on campus and adequate funding was secured. In 1990–92, Elliott provided further service to the School as Honorary Campaign Chair of the Minor Hall Expansion Committee raising funds for the addition of two floors of laboratory and office space in Minor Hall.

Recognizing that Optometry is a legislated profession, Dr. Elliott has long taken up a direct optometric political role. His involvement with the diagnostic (DPA) and therapeutic (TPA) issues both in California and nationally involved frequent testimony at the state and national level, influencing optometry’s role in health care. Furthermore, Dr. Elliott’s connections with the White House were significant in adding optometry coverage to Medicare. His diverse combination of business, education and political backgrounds, combined with a love of optometry, has allowed Dr. Elliott’s unique contributions.