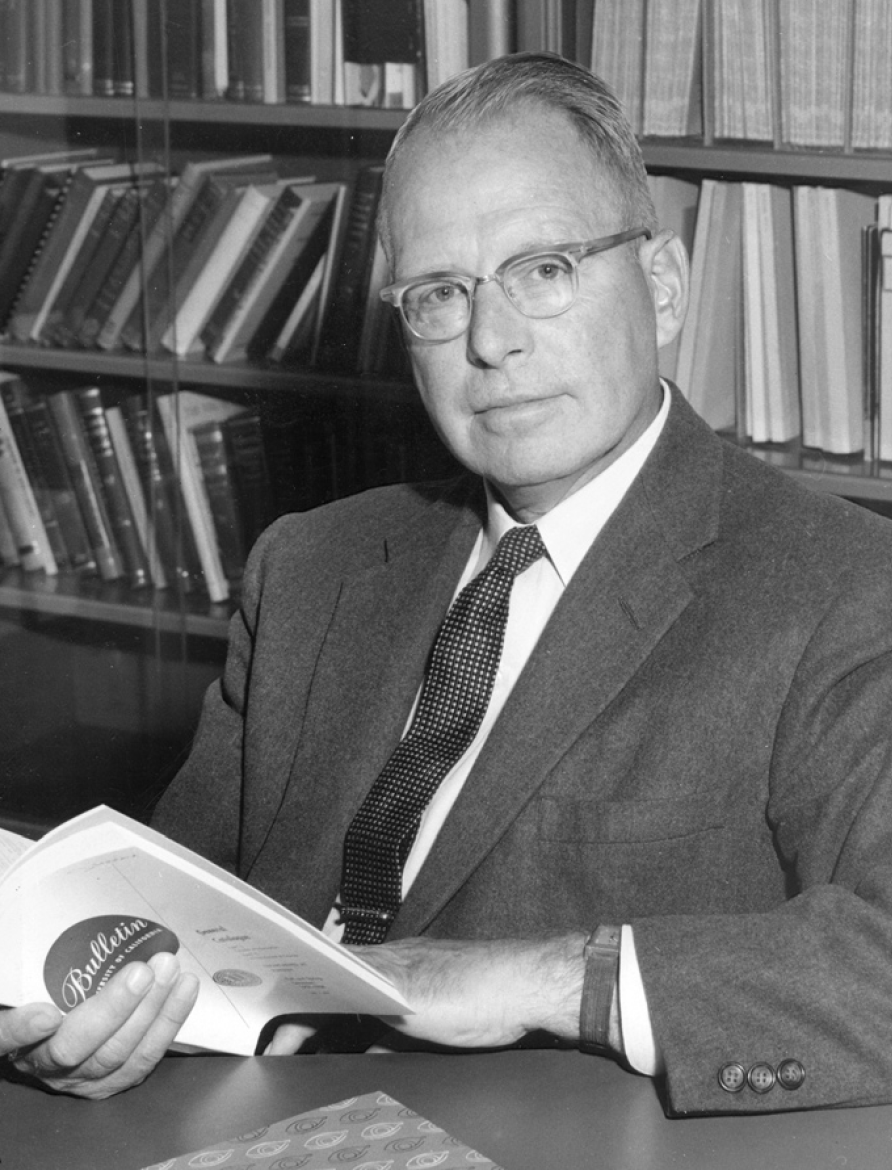 Dr. Kenneth Stoddard (1904–1970) was born in Newport, Rhode Island, where he attended elementary school. He graduated from Los Angeles High School in 1923, and attended UCLA, majoring in physics and receiving his AB in 1928. (While in college, Stoddard, an excellent gymnast, toured for a while on the Orpheum Vaudeville Circuit as an acrobat to earn money for his education.) He received his MA in 1930 and his PhD in physics in 1931 from Stanford University. He was Assistant Professor of Physics at Arizona State College from 1931–32, and at Stanford University from 1932–35. With advanced placement, he was able to complete his BS Physics-Optometry at Berkeley in 1936.

Stoddard practiced optometry in Hanford, California, but left the practice in June 1938 to join the faculty at Berkeley Optometry, serving as Assistant Professor (1938–43), Associate Professor (1943–48), and Professor (1948–61). He spent the summers of 1939 and 1940 at Dartmouth Eye Institute, where he qualified as an Aniseikonic Clinician. Although he was a faculty member, he also served as a physicist on the Manhattan Project during World War II.

Dr. Stoddard became the second dean of Berkeley Optometry in 1946. It was Stoddard (after consultations with the first dean, Ralph Minor, in the early 1940s) who became an enthusiastic advocate for the expansion of research within the school and was largely responsible for establishing the Graduate Group Program in Physiological Optics in 1946 (the forerunner of today’s Vision Science Graduate Program). His own role in research was that of an administrator; consequently, only a few publications are attributed to him. It was his role both to stimulate others and to shield them from mundane administrative routine so that they could be focus on their research.

Although Stoddard was instrumental in setting up the graduate program, he always viewed academic/research pursuits and clinical optometry as equal endeavors at Berkeley Optometry. He required every member of his faculty to spend time teaching in the clinic, and he worked tirelessly to make the clinical program an outstanding component within the school.

As a clinician, Stoddard delighted in discovering subtle abnormalities in the fundus and in testing his student’s powers of observation. Long before contact lenses brought new attention to biomicroscopy, he insisted on his students becoming proficient in using a biomicroscope. Around 1950, he introduced the first slit lamp into the training program and showed clinical faculty, staff and students how to use it. Also important, he followed through on Minor’s earlier proposal (in 1940) to University president Robert Sproul to expand the clinical program from four to five years by adding a graduate year, capped by a Master’s of Optometry degree. Hall of Fame member Henry Peters described Dr. Stoddard’s tenure as dean by saying, “He presided as a benign dictator over remarkable growth of the program.”

Dr. Stoddard received many awards and held various elected positions during his career, including an Honorary Life Fellowship given to him in 1965 by the American Academy of Optometry for his contributions to the art and science of optometry. He was a Fellow of the American Association for the Advancement of Science and a member of the Optical Society of America, the Association for Research in Ophthalmology, Sigma Xi, and many other scientific societies. For many years, he was a leader in the Association of Schools and Colleges of Optometry, serving as president in 1951, and was a participating member of his county, state and national optometric societies. After his retirement in 1961, Stoddard lived in Redondo Beach, California where he died on February 10, 1970.