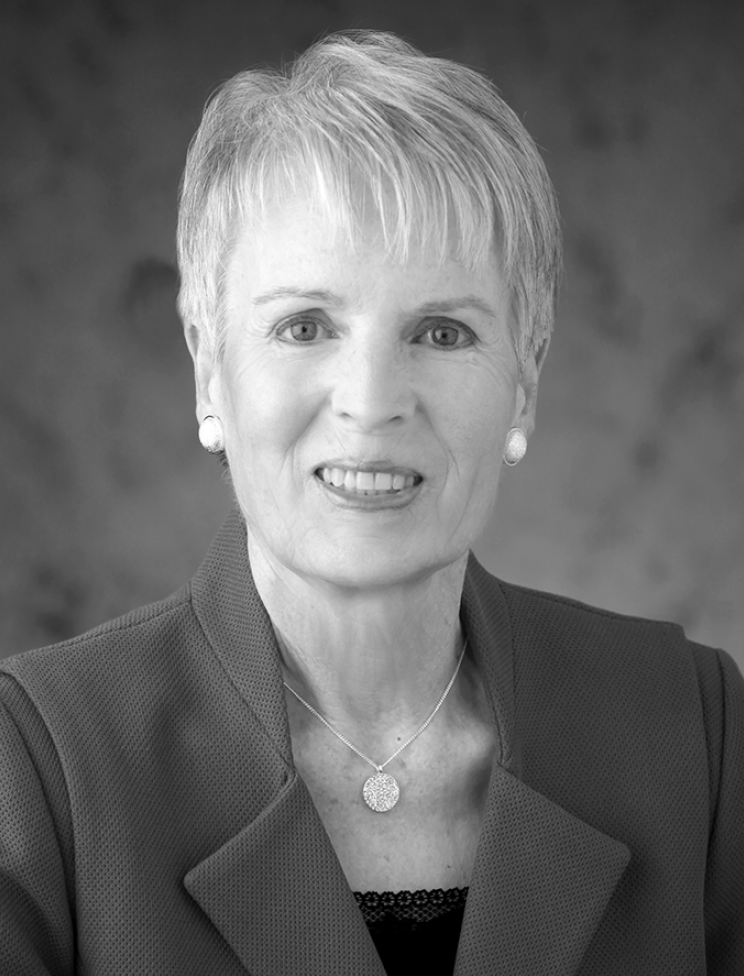 Dr. Walker-Brandreth has held major leadership roles in the design and implementation of every glaucoma CE course presented by Berkeley Optometry. She was Director of Continuing Education (CE) in the 1970s–80s and established Grand Rounds (GR) in 1981–82 as lectures for CE and faculty education programs. She moved GR closer to the traditional medical model in 1991 by introducing live-patient grand rounds, making it a regular feature of the Optometry Alumni Association’s educational CE meeting for ten years.

Dr. Walker-Brandreth is widely recognized as one of the most influential clinical instructors in the history of Berkeley Optometry. She taught more than 25 didactic courses on ocular and systemic disease, ocular pharmacology, and clinical examination of the visual system, as well as grand rounds and seminars. One of her signature contributions is “Color Code of the Retina,” an innovative system for diagnosing retinal pathology. Dr. Walker-Brandreth has been a role model and mentor to generations of students and optometrists, acknowledged for her commitment and innovative teaching and for her transformative role in the growth of optometry into a respected member among the health care professions. She continues her educational mission today with online Berkeley lectures in glaucoma certification.

Dr. Walker-Brandreth has authored many papers and lectured extensively on the subject of ocular disease and other topics before professional and optometric associations, and served as a consultant to numerous professional & licensing organizations. Notably, she is co-author, along with her late husband and Hall of Fame member Roy Brandreth, of the clinical textbook Clinical Slit-lamp Biomicroscopy (1978; as principal author, revised and expanded to two volumes in 2007), which has been widely used in optometric education in the U.S.

Always dedicated to the practice of optometry, Dr. Walker-Brandreth has worked in private optometry/ophthalmological practices since 1968. Dr. Walker-Brandreth’s philanthropic endeavors include establishing the Dora and Stanley Walker Teaching Support Endowment and Dr. Karen Walker-Brandreth Excellence in Optometry Education Professional Student Support Fund. She has also funded the renaming of the School’s lecture room 100 (and pledged for room 489).

Dr. Walker-Brandreth served as President of the Optometry Alumni Association of UC in 1986–87, which also named her Alumnus of the Year in 1995. She was the first recipient the School’s Roy Brandreth Outstanding Teaching Award in 1989, and thrice more (1994, 1999, 2000). The Karen Walker-Brandreth Lectureship was established in 2003 as a keynote lecture for annual Berkeley Optometry CE programs. In 2006 she received the School’s Michael Harris Classroom Teaching Award, and in 2007 the California Optometric Association’s Excellence In Optometric Education Award, as well as the American Optometric Foundation’s Michael Harris Family Award for Excellence in Optometric Education, the latter honoring optometric educators, selected worldwide, who have demonstrated consistent excellence in the education of optometry students or the advancement of optometric education. She has been listed in Guide to America’s Top Optometrists, 2002–08 and 2013, and in Leading Health Professionals of the World, 2005. She is the first woman and only multiple recipient of the School’s Mert Flom Teaching Award (2007, 2009). In 2014, Dr. Walker-Brandreth was honored as the first woman inducted into the Berkeley Optometry Hall of Fame.