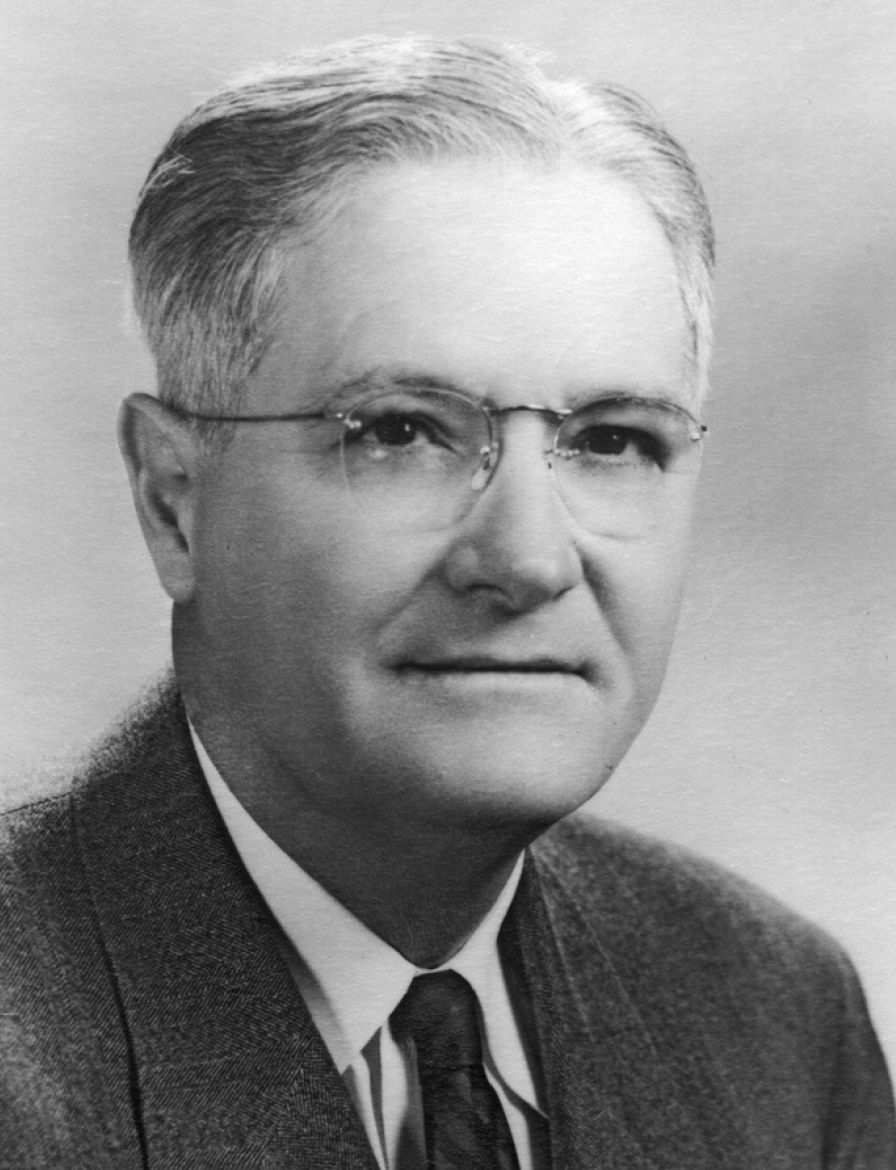 Dr. Jack Hobson was born in San Jose, California on August 10, 1899. He later moved to Modesto and then graduated Lick High School in San Francisco in 1919. His first job was an electrician in the mills of Washington State. In 1926 he graduated from UC Berkeley with a degree in electrical engineering and went to work for the Standard Oil Company. After two years Hobson decided to become self-employed. His wife’s uncle happened to be a successful optometrist in Stockton, California, and Hobson thought the profession was just what he was looking for, so he completed the program at Berkeley Optometry in 1930, one in a class of only three graduates.

After graduation he practiced with his wife’s uncle in Stockton for one year, and then spent five years in Sacramento in the practice of Harry E. Gleie before joining the faculty at Berkeley Optometry in 1937. The dean, Ralph Minor, said at the time, that “Mr. Hobson … has become a leader among optometrists in the city in which he has established himself. His personality and sound judgment commend him to both the older men in the profession and to those of our graduates who know him personally. We believe him a man of high character with an attractive, yet forceful, personality.”

Hobson persuaded Minor to employ an expert technician, Rodney Thomas (1900–1963), as Berkeley Optometry’s first optician, who served also as an assistant and instructor in the program’s optics course. Thomas, who had worked with Hobson in Sacramento, later became the school’s first senior optician. Another notable figure in Dr. Hobson’s successful practice was his junior partner, Dr. James Crosby, who took over Dr. Hobson’s practice when he retired.

Hobson was one of the most influential clinical instructors at Berkeley Optometry during the 1930s–50s. Hobson was well liked by students and respected by his colleagues. Hobson’s background in electrical engineering no doubt played a role in his meticulous style of teaching. With respect to research, Hobson was mainly interested in exploring different refractive techniques and methods of prescription determination. He was also known for his lack of enthusiasm about using vision training to relieve binocular disorders.

Dr. Hobson was actively involved in optometric organizations, most notably the California Optometric Association. He was an officer of the Association for a number of years and often lectured at COA meetings. In recognition of his achievements as a practitioner, teacher, and member of the profession, the Optometry Alumni Association of UC honored Hobson as “Alumnus of the Year” in 1958.

Dr. Hobson remained on the faculty at Berkeley Optometry until 1960, when he retired to Murphys, California. His wife, formerly an elementary teacher and high school principal, also retired at this time. He lived until the age of ninety-three, leaving behind a legacy of contributions as one of the significant early figures in Berkeley Optometry and the profession. Dr. Hobson died in 1982.