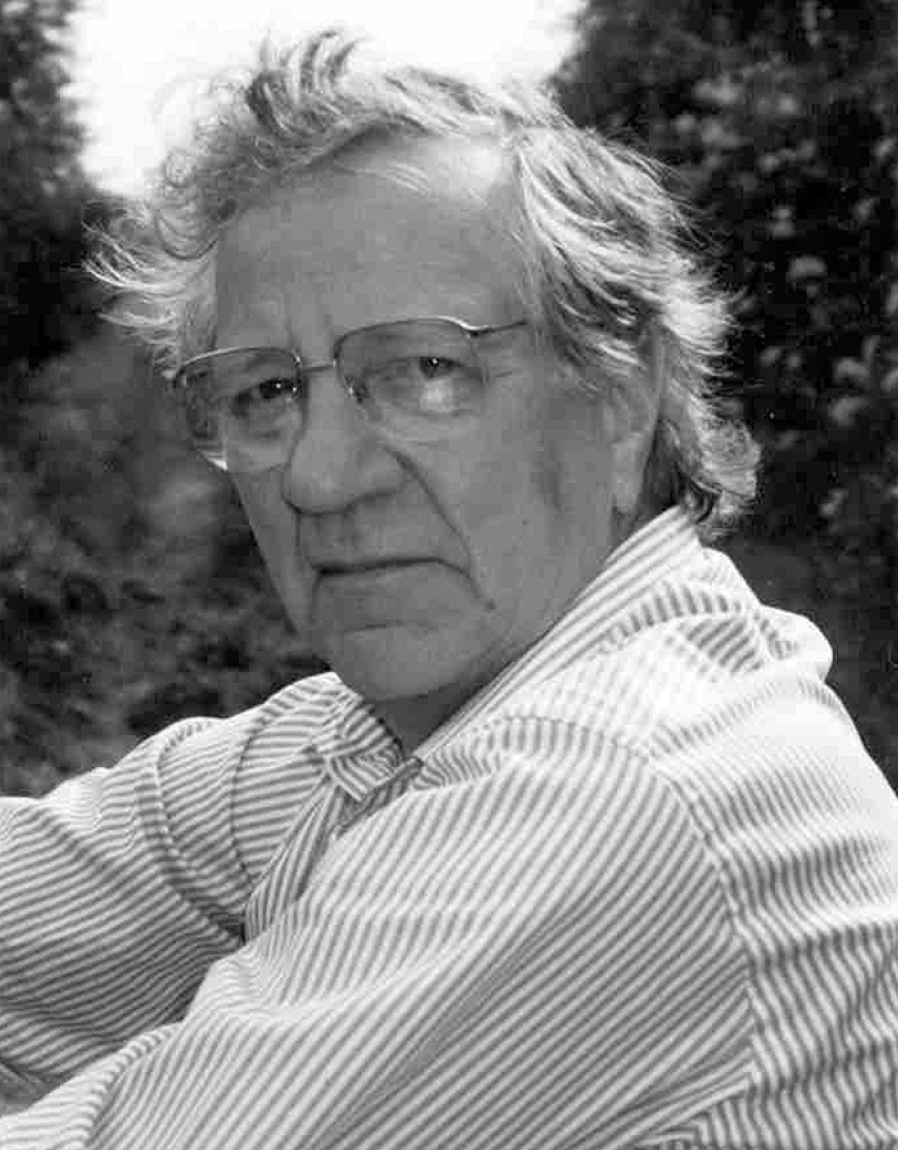 Horace Basil Barlow (born 1921) is the son of Sir Alan Barlow and Lady Nora Darwin, and thus the great-grandson of Charles Darwin. Horace was educated at Winchester College, England, and graduated from Trinity College, Cambridge University, England, with a Bachelor of Medicine (MB) and a Bachelor of Surgery (BChir). He graduated from Harvard University, Massachusetts, with a Doctor of Medicine (MD) in 1946. Dr. Barlow was a Fellow at Trinity College between 1950 and 1954, and a Fellow and Professor of Physiology between 1954 and 1964 at King’s College, Cambridge University, England. From 1964 to 1973 he was Professor of Physiology at the University of California, Berkeley.

In his early work (1953), Professor Barlow made a landmark discovery—single nerve cells in the retina of frogs will fire when they “see” a particular configuration of elements (“trigger features”), and that these trigger features relate to the frogs’ survival. (For example, the cells will fire only when they see trigger features resembling a fly.) Barlow’s findings were precursors to the work of Hübel and Wiesel on visual receptive fields in the visual cortex for which they later received the Nobel Prize. Barlow has also made a long-term study of visual inhibition, the process whereby a neuron firing in response to one group of retinal cells can inhibit the firing of another neuron, allowing perception of relative contrast.

In 1961 Barlow wrote a seminal article on the computational aims of the visual system. He concluded that a primary aim of visual processing was the reduction of redundancy. While the brightness of neighboring points in images is usually very similar, the retina reduces this redundancy. Barlow’s work was critical to the field of the statistics of natural scenes, which applies the statistics of images of real world scenes to the properties of the nervous system. In 1962 Hübel and Weisel described more complex trigger features in mammalian eyes. In the l960s Barlow and William Levick (from Sydney University) extended this work to show that individual nerve cells in the retina of rabbits would fire only if the trigger features were moving in a particular direction. This direction selectivity is now seen as the basis of motion perception.

From 1964–67, while at Berkeley Optometry, Dr. Barlow was one of an illustrious group of vision scientists who helped advance the young program in Physiological Optics. Lack of space was a factor leading to Barlow’s accepting an appointment with the Department of Molecular Biology (today called Molecular and Cell Biology) in 1967.

Professor Barlow has made numerous original and important contributions in sensory physiology, contributing much to our understanding of how animals see and how sight develops. When he started his work (1940s and early 1950s), little was known about vision except that the eyes saw, and those bundles of nerves, called fibers, then carried electrical impulses to the back of the brain, which somehow made sense of them. He was particularly respected for demonstrating the economy of an animal’s nervous system—how it tries to capture the visual world around it using the fewest nerve cells and nerve impulses. Besides his life-long studies of visual inhibition, Dr. Barlow remained interested in other aspects of the physiology and psychology of vision. He has investigated the role of motion blur in determining the direction of motion of moving images and has also studied the connection between conscious experience and the evolutionary benefits of communication between members of the same species.

Today, Dr. Barlow, a Fellow of the Royal Society, is once again a Fellow of Trinity College, Cambridge. For his work in sensory perception, he received, in 1993, the Australia Prize, that nation’s preeminent prize for scientific research. Dr. Barlow died in 2020.