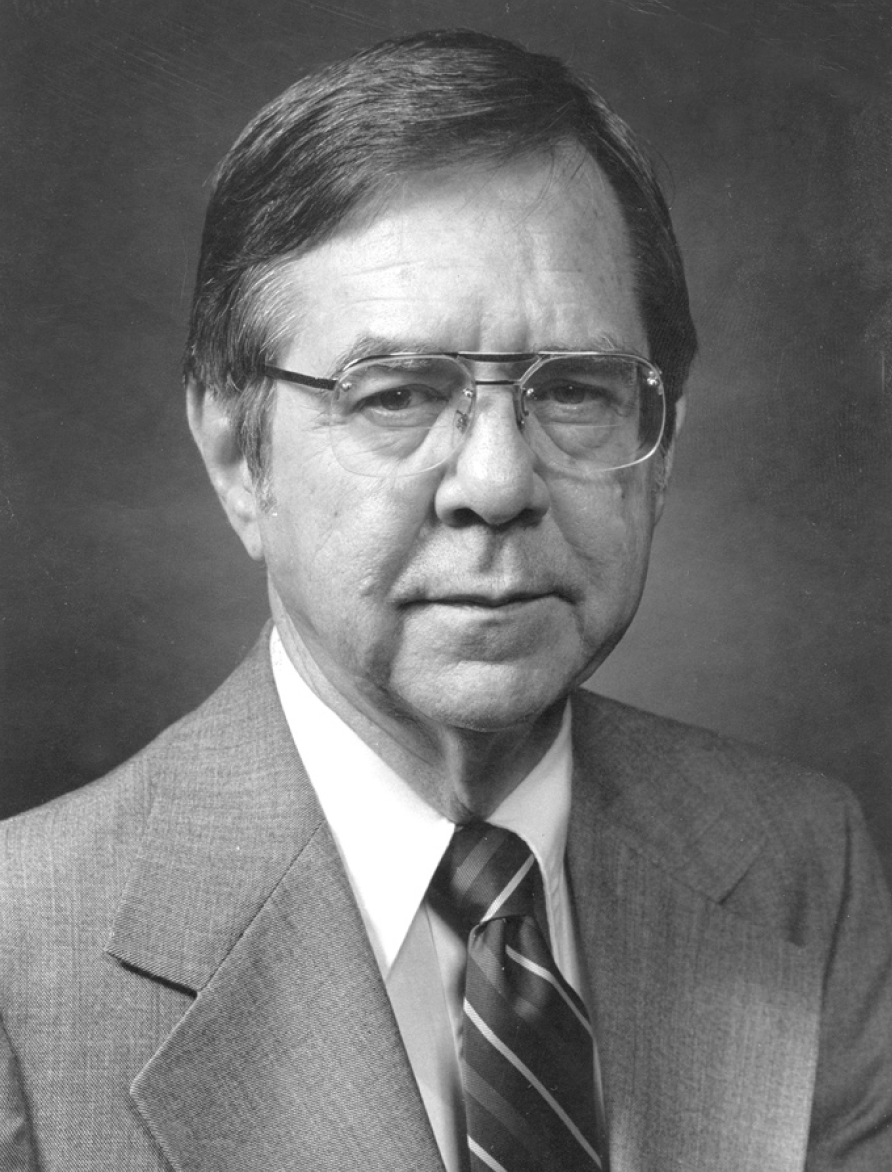 Dr. Heath (1922–2004) was born in Sultan, Washington, but he always considered himself a native Californian because he and his family moved here when he was only five years old. He enrolled in the University of California at Berkeley in 1940 to pursue a degree in chemical engineering, but the outbreak of World War II altered that plan. He joined the US Naval Reserve and, in its V-12 program, attended Los Angeles City College, Peru (Nebraska) State Teachers College, and Northwestern University in Chicago, where he graduated from Midshipmen’s School with a commission as Ensign. He was sent to New Guinea in time to participate in the invasion of Leyte Gulf in the Philippines. Later, after other invasions and voyages to many Pacific ports, his ship, the USS Carter Hall (LSD-3), was sent after war’s end to Shanghai, where he was appointed its Commanding Officer, a post he held until his discharge as a Lieutenant.

In 1946 Professor Heath entered the University of Southern California. He was influenced to study optometry by a boyhood friend whom he joined at Los Angeles College of Optometry in 1948, where he earned a BVS in 1950 and OD in 1951. He entered the graduate program in Physiological Optics at the University of California, Berkeley in the fall of that year and received his PhD in 1960.

Dr. Heath joined the faculty at Indiana University in 1955, where he served as Director of the Optometry Clinic (1955–1960) and Director of the Graduate Program in Physiological Optics (1960–1970), when he also became Director of the Division of Optometry. Under his leadership, the Division was elevated to School status in 1975 and he was appointed Dean, a position he held until July 31, 1988. In the 1980s Heath expanded Indiana’s research program to include neuroanatomy, neurophysiology, and cellular molecular biology, in addition to the more traditional research programs in psychophysics and clinical optometry. A large number of his graduate students have gone on to become associate deans, deans and presidents of other optometry institutions around the US and the world.

Dr. Heath was highly respected for both his scientific and professional contributions to vision science. His research interests centered on color vision and photoreceptor directionality. He was a respected scientist, having published extensively early in his career. He also coauthored two books: The Eye and Sight and Form and Space Vision. As an administrator he published numerous papers on issues related to the future and the scope of the profession, as well as curricular concerns for a growing profession. He emphasized the importance of research for a learned profession. He authored numerous papers on these and other research and professional subjects.

Dr. Heath served as President of the Association of Schools and Colleges of Optometry from 1963 to 1965, and President of the American Academy of Optometry for the years 1983 and 1984. He held appointments as research consultant to the Office of the Surgeon General of the Army; member of the National Academy of Sciences/National Research Council Committee on Vision; the Advisory Council for Health Professions, HEW; and the National Advisory Eye Council, National Eye Institute, NIH.