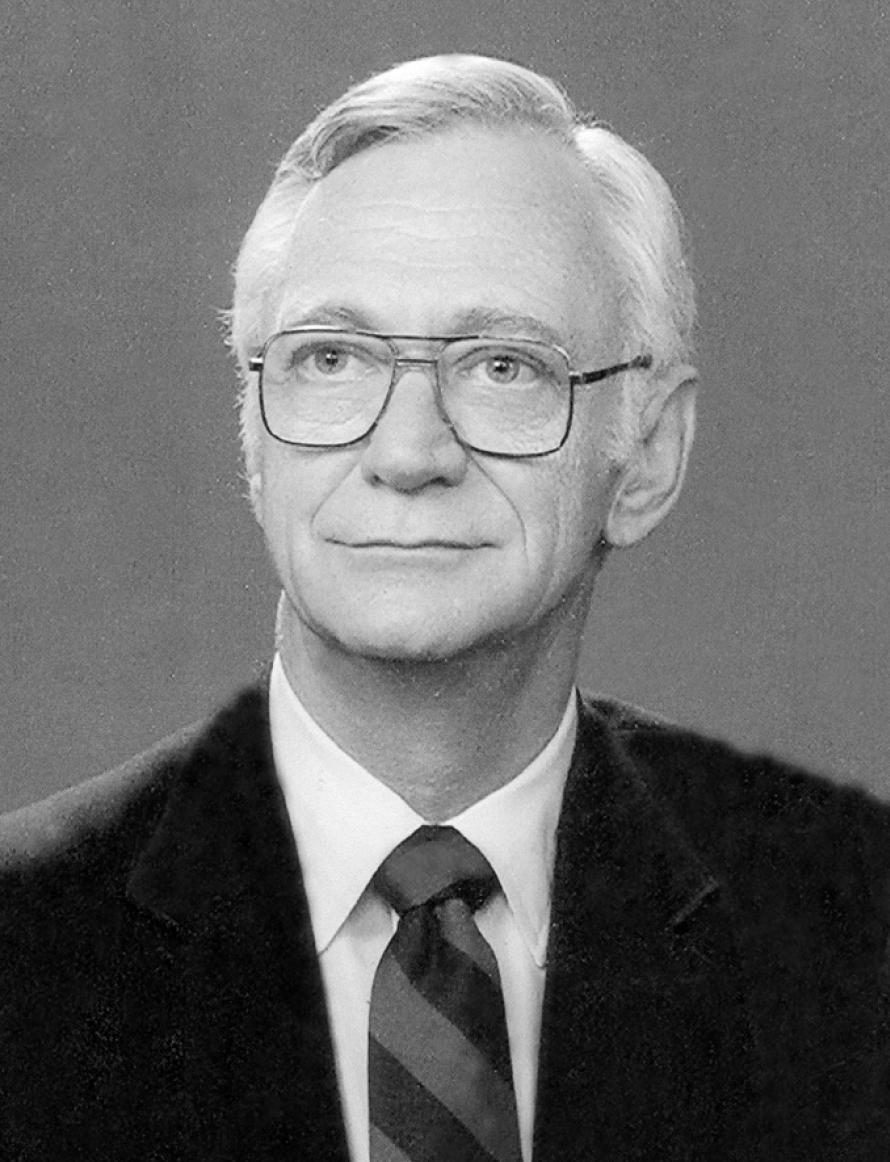 Gordon Duffy was born in Hanford, California in 1924. His father, Carl H. Duffy, was a graduate of the Los Angeles College of Optometry. Duffy graduated from Hanford High School in 1942 intending to follow his father into optometry. In July he enrolled in the University of California as a pre-optometry student. In addition, he was accepted as an officer candidate in the NROTC. His unit was placed on active duty and ordered to continue classes at Berkeley. Duffy received his Bachelor’s degree and was commissioned an Ensign in 1944. During his two years as an undergraduate he represented the University as a sprinter on the varsity track team and earned his varsity letter.

Ensign Duffy was assigned to shipboard duty in the Pacific and participated in a number of naval engagements and island invasions. When the war concluded in 1946 he returned to California as a student at Berkeley Optometry, graduating in 1948. Dr. Duffy returned to his hometown, where he practiced in association with his father and Dr. William Burlington. Dr. Duffy’s primary clinical interest focused on children’s vision; the majority of his patients were in that age group. In addition to his private practice, he organized volunteer vision screening for community schools. Duffy was also active in the California Optometric Association as president of his local society and as statewide treasurer.

In addition to his professional activities, Dr. Duffy was involved in many civic, church and charitable affairs. During his first year of practice he was appointed Chairman, Hanford City Planning Commission, a post he retained for three years. For a year he pursued his private concerns until he was approached by a group of teachers who petitioned him to stand for a seat on the local school board. He agreed and was overwhelmingly elected. After he resigned to focus more time on optometry, civic leaders asked that he run for the Hanford City Council. After serving for a time as Councilman, and then Mayor, he was persuaded to campaign for the California Legislature. Since no member of his political party had been elected for any partisan office in over 40 years, it appeared a safe step to keep him practicing in Hanford. Instead, in 1964, he was elected by a landslide vote.

Assemblyman Duffy represented Kings and Tulare Counties in the California State Legislature from 1964–1982. He was appointed to leadership positions under both Republican and Democratic speakers. Former colleagues have called him a “shepherd” because of his ability to bring dissenting factions together. His primary legislative interests were in health care and professional licensing, and for many years he served as Chair of the Health Committee and then Chair of Health Personnel. Providing guidance and leadership, Duffy introduced major innovations in health care as well as licensure of health professions.

After 18 years of service in the Assembly, Duffy chose to leave the legislative arena and was appointed by the Governor to his cabinet as Secretary for Environmental Affairs and Chairman of the Air Resources Board. Secretary Duffy resigned this position after a few years in order to return to private concerns. For the next ten years, he was employed by major industrial and public entities as an advisor on government relations.

Dan Walters, the pre-eminent political columnist, called Dr. Duffy “a dying breed of legislator—those who had established careers in other fields, came into politics out of a sense of public service and remained at no small personal sacrifice.” Walters observed that Duffy was “an acknowledged leader. Especially in health matters.” The pundit concluded that, “Gordon Duffy leaves as an altogether-too-rare example of someone who saw public office as an opportunity to serve the public as best he could.” Dr. Duffy died in 2021.