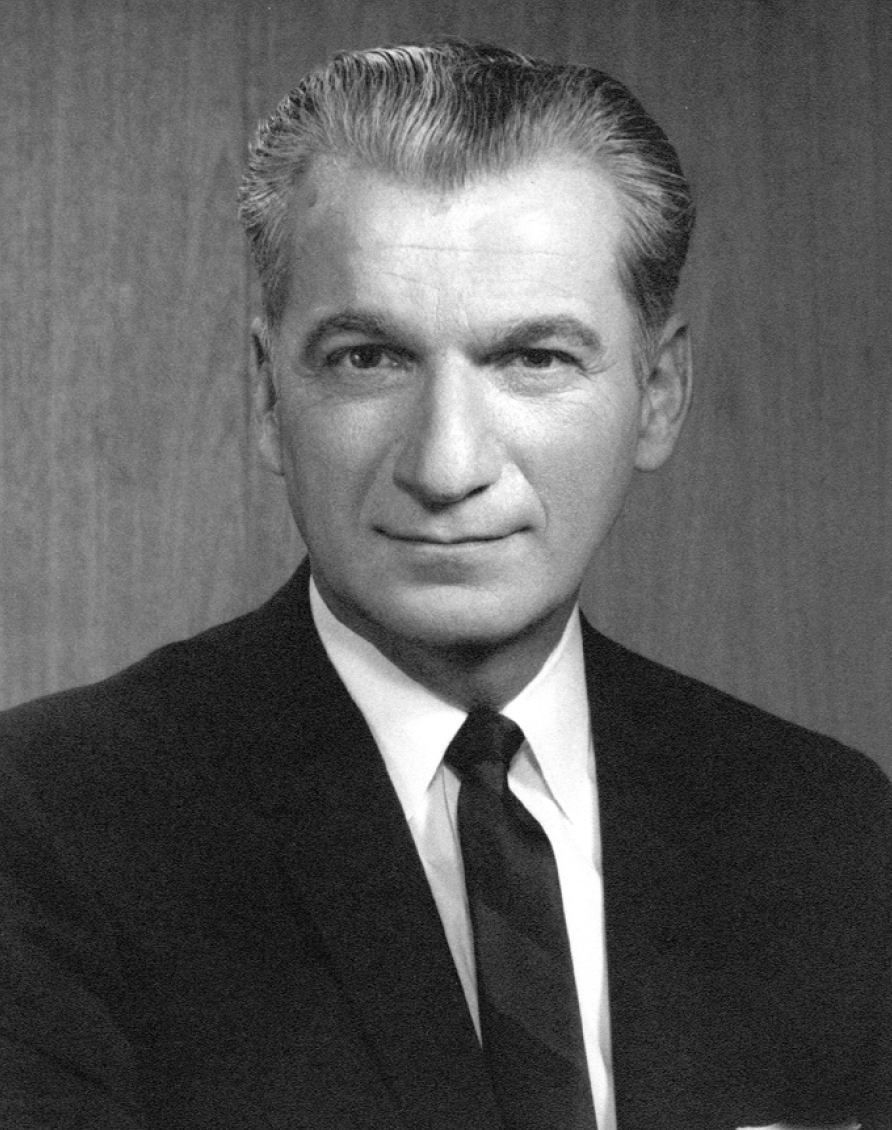 Bernhardt “Buzz” Thal (1917–1999) was born in Toledo, Ohio. He received a Bachelor’s degree in Conservation of Wildlife and Natural Resources from Colorado State College in 1939. During World War II, Buzz served with distinction in the South Pacific flying B-25s. He was awarded the Distinguished Flying Cross, eight Air Medals, and a Presidential Citation. Dr. Thal graduated from Berkeley Optometry in 1948. Before starting his optometry practice, he designed ophthalmic instruments for Mann Instrument and Optical Company in Oakland, California, and later served as President of the Instrument Company of America. He began his practice of optometry in Berkeley in 1954, continuing to care for patients until he retired in 1983.

In 1954, Dr. Thal co-founded the California Vision Services (now Vision Service Plan) and served as its first president and chairman of the board (1955–1959). He continued to serve as a board member and actuary until 1970. The concept of prepaid vision care was developed by Dr. Thal and others in the Alameda and Contra Costa Counties Optometric Society. The organization has grown from a small storefront operation in the 1950s to a more than two-billion-dollar business. In 1971 both the California and American Optometric Associations, by resolution of their House of Delegates, acknowledged Dr. Bernhardt Thal as the “Father of Prepaid Vision Care.”

Buzz served on the American Optometric Association Social and Health Care Trends Committee from 1956 to 1961 and chaired several California Optometric Association committees, including the Department of Public Service, the Department of Group Vision, the California Optometric Political Action Committee, and the Legislative Committee. The COA awarded Dr. Thal an honorary life membership in 1983. In 1958, he founded the Optometric Assistants Program at Merritt College in Oakland and served on its Board of Advisors until 1965. In 1970 Governor Ronald Reagan appointed him to the State Board of Optometry, where he served as president from 1973 to 1975.

Dr. Thal died at his home in Kensington December 5, 1999 at the age of 82. His son, Lawrence Thal, is also an optometrist (Berkeley Optometry Class of ’75).