Berkeley Optometry Student Ambassadors work in conjunction with the Admissions & Student Affairs Office to provide prospective students with “real life” information regarding what it’s like to be an Optometry student here at UC Berkeley.

We encourage you to ask us questions via email and we will be happy to share with you our experiences and passion for Berkeley Optometry.

If you wish to connect with any of the Optometry Ambassadors, please email: 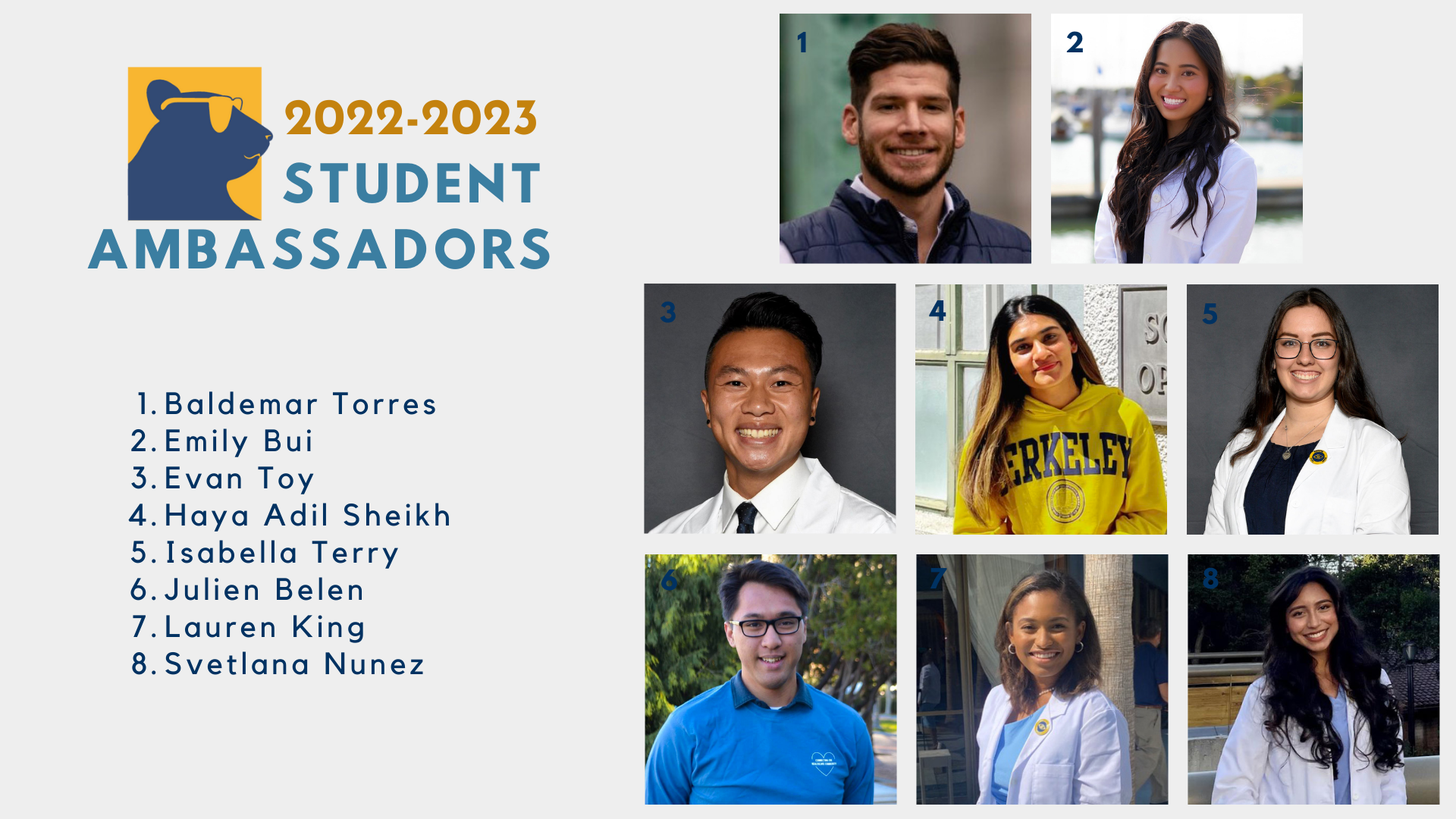 Hear from our ambassadors from the class of 2025 by clicking on a name.

Julien Belen was raised in Stockton, California and graduated from the University of California, Berkeley in 2020 with a bachelor’s degree in Integrative Biology and a minor in Education. After graduating, he took a gap year to apply for optometry school and gain some work experience. Now that he is at Berkeley Optometry, he is elated to finally being on his way to become an optometrist.

Julien has had a long-time interest in the healthcare field because of the unique ways a doctor can connect with patients. He ultimately decided to go into optometry after being won over by the many visits to the optometrist as well as the countless shadowing experience he was able to receive. Vision is the most important sense for a person’s well-being and Julien loves optometry for the opportunity to be able to help people see every day. Julien chose Berkeley Optometry for its diverse community, challenging but rewarding curriculum, and boundless patient experience compared to other schools. After a year at Berkeley Optometry, he can confidently say he made the right decision to attend here.

Having been at Berkeley for more than 5 years now, Julien likes to believe that he knows a little bit about Berkeley at this point. He would be delighted if any prospective students would like to reach out to him for advice about anything whether it be about applications, student life, and academics! 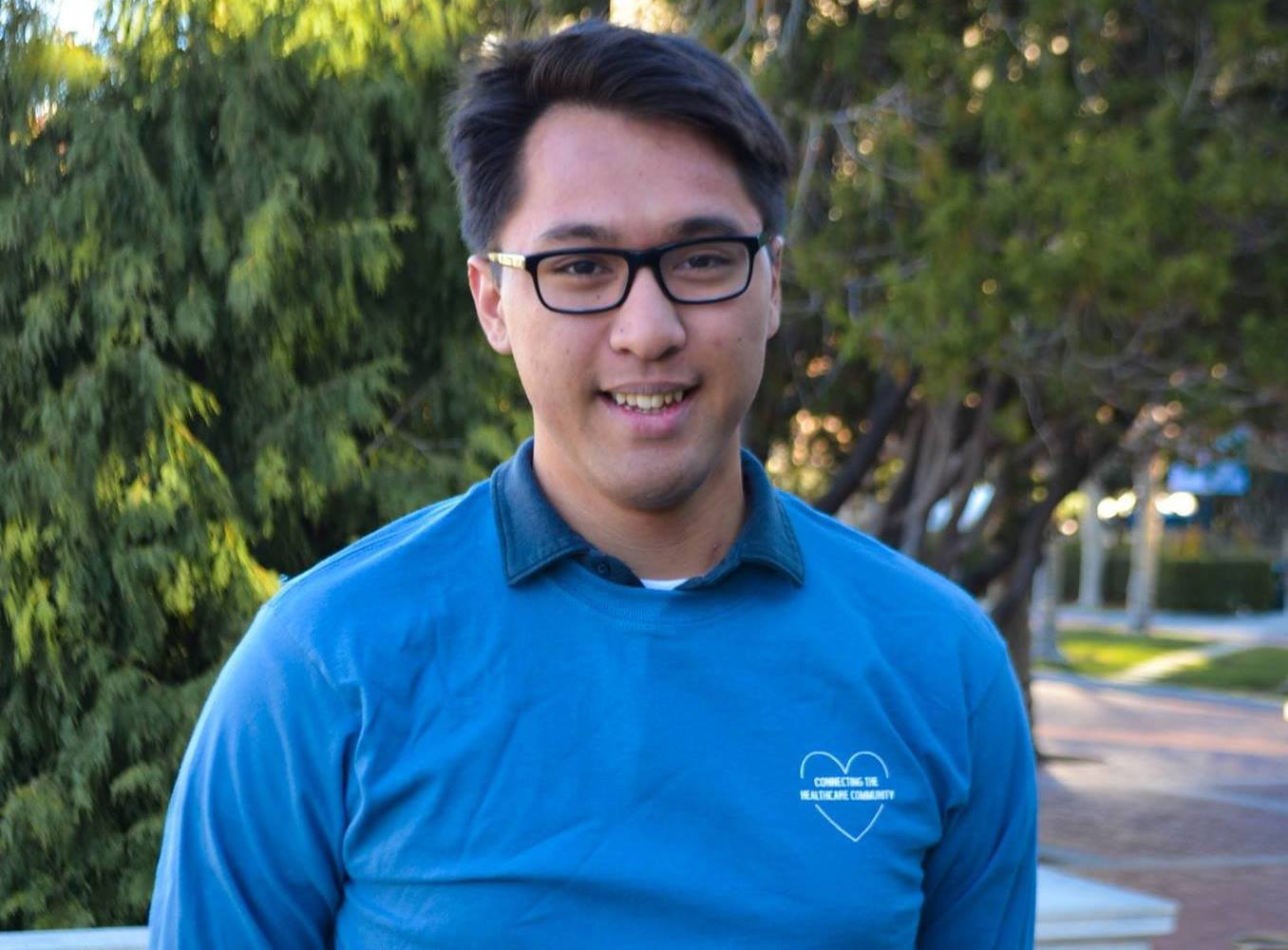 Emily Bui was born and raised in Orange County, CA and graduated from the University of California, Irvine with a B.S. in Biological Sciences. From a young age, she has always had a passion for serving underprivileged communities - both locally and abroad - and this desire to help others inspired her to work in the healthcare field. During her time as an undergrad, she shadowed optometrists in varying optometric settings and worked at an ophthalmology private practice that specialized in LASIK and cataract surgeries as well as the diagnosis and management in ocular diseases. With the experiences she gained from both shadowing and working in the optometric field, she was able to witness the meaningful impact that optometrists have on a patient’s quality of life and overall health, and this is one of the many reasons why she decided to pursue a career in optometry!

She is incredibly thankful to be attending the Herbert Wertheim School of Optometry & Vision Science because of the ample amount of support and resources that Berkeley Optometry provides to help their students thrive and succeed. The strong sense of community that this school holds has significantly enriched her experience as an optometry student, and she wants to share this sense of community to prospective students that are interested in Berkeley Optometry and/or in the field of optometry itself! 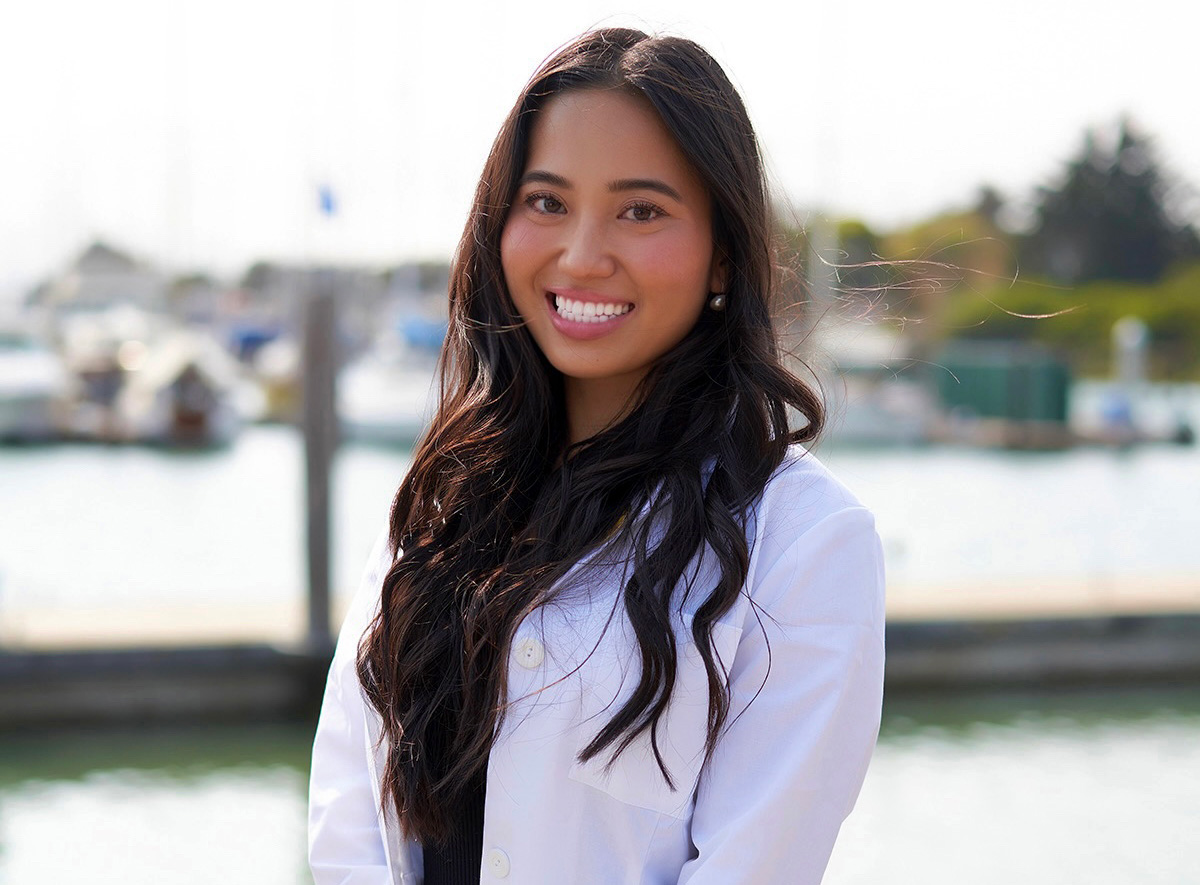 Lauren King is a Little Rock, Arkansas native. Lauren completed her undergraduate studies at Loyola University in New Orleans where she graduated with a B.S. in Biological Sciences Pre-Health, and a minor in African American Studies. After graduation Lauren moved across the country to begin her optometric journey at Berkeley Optometry!

Lauren has always had a passion for assisting others within and even outside of the healthcare field. As a leadership-driven student, passionate about building connections, diversifying the optometric field, and equitable patient care; Optometry was a clear choice for Lauren after seeing firsthand the impact of ocular disease through familial experiences. These experiences have compelled her to become an optometrist who focuses on improving outcomes in underrepresented populations, while at the same time having an opportunity to serve a greater community holistically. 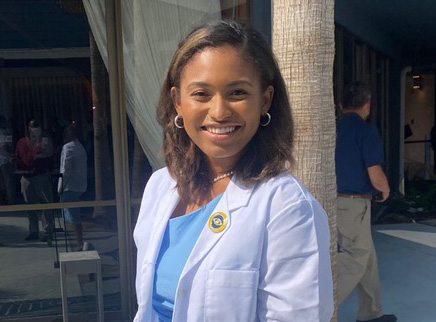 Svetlana Nunez is a SoCal native from Temecula, CA. Svetlana developed an interest for eyes when she witnessed her mother temporarily lose her sight due to complications after eye surgery. Her optometry journey began when she established the pre-optometry club at California Baptist University. She graduated in 2021 with a major in Biochemistry and Molecular Biology and minor in Psychology and grew an admiration for research. Now in optometry school, Svetlana is a Transitions Student Ambassador and serves as a research assistant at the UCB Myopia Lab Group, where she participates in animal myopia studies involving chicks and guinea pigs. As First-Gen Latinx, Svetlana is passionate about providing academic and career guidance. She manages an Instagram page (@FutureDr.Nunez) to mentor and assist prospective and current OD students.

She is so excited that you are interested in applying to Berkeley Optometry! Svetlana loves the community here from kind colleagues to accessible and supportive faculty. She says the clinical program at Berkeley Optometry is like no other school because on your first day of OD1, you’ll learn how to use a slit lamp. 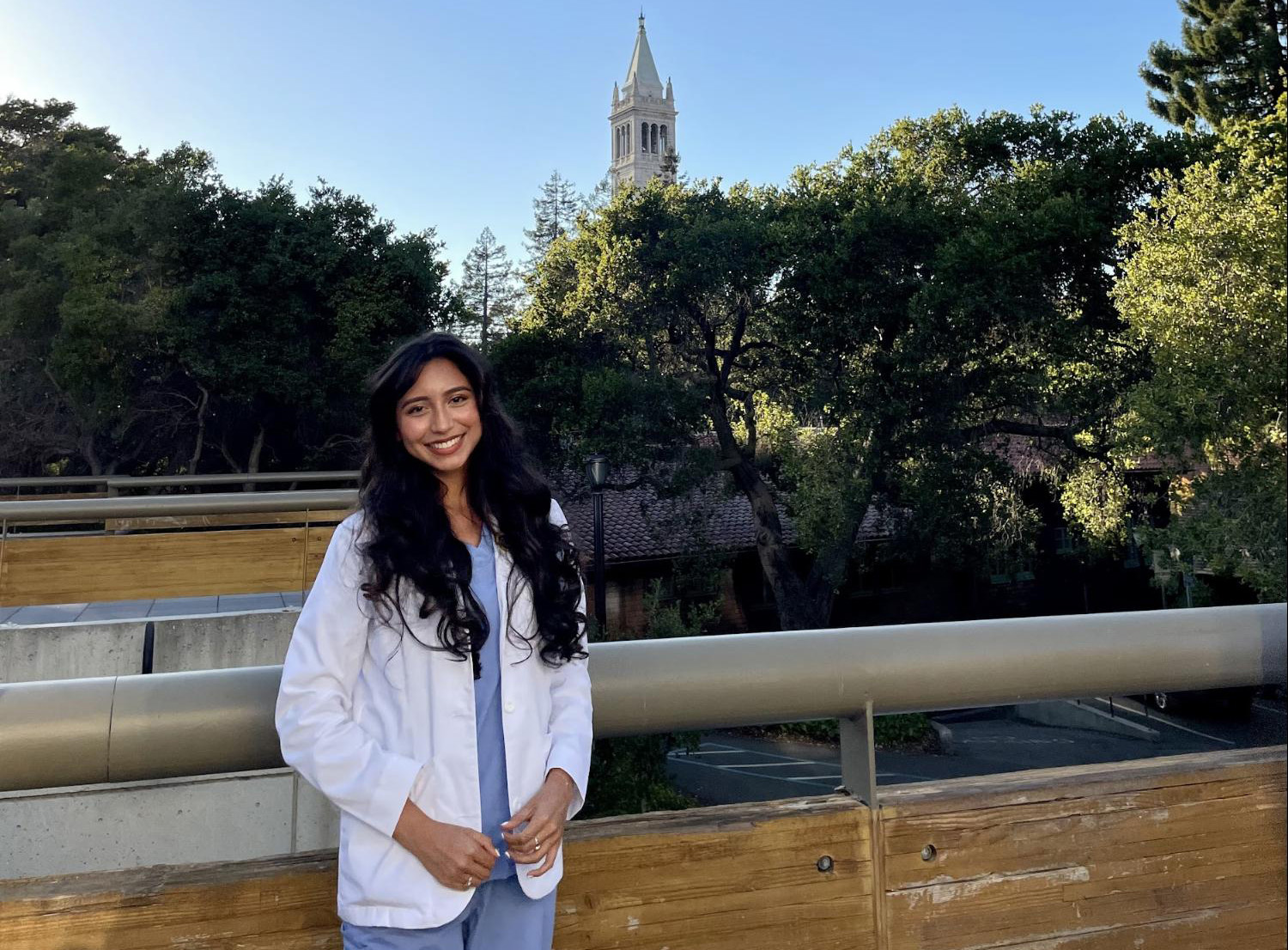 Haya Adil Sheikh is an international student from Karachi, Pakistan. She graduated from the University of Toronto with a degree in Cell & Molecular Biology and Health & Disease, where she became an advocate for students and took up various leadership positions at community organizations and was honored with UofT’s highest lifetime membership and leadership awards.

Haya has always had one belief that the purpose of life is to give. Since her high school days in Karachi, Haya has been driven by her passion for community service and has worked with various organizations to promote wellness and healthcare in her country. She decided to pursue optometry when two of her family members were diagnosed with eye diseases and she witnessed how the loss of vision affected them. She thought her family was fortunate enough to have access to eye care and the thought of those who did not was disheartening. Therefore, she hopes to make eye care accessible to marginalized communities. During her time in Toronto, she had the opportunity to work with experienced optometrists and ophthalmologists, inspiring her to apply to UC Berkeley Herbert Wertheim School of Optometry and Vision Science.

At Berkeley, Haya appreciates how the program brings diverse individuals together and exposes them to the clinical environment from day one, allowing students to succeed regardless of their backgrounds. Currently, Haya is in charge of arranging vision screenings as the Philanthropy Chair for the UC Berkeley Optometric Students Association (UCOSA), working on upcoming vision initiatives to promote better eye care. 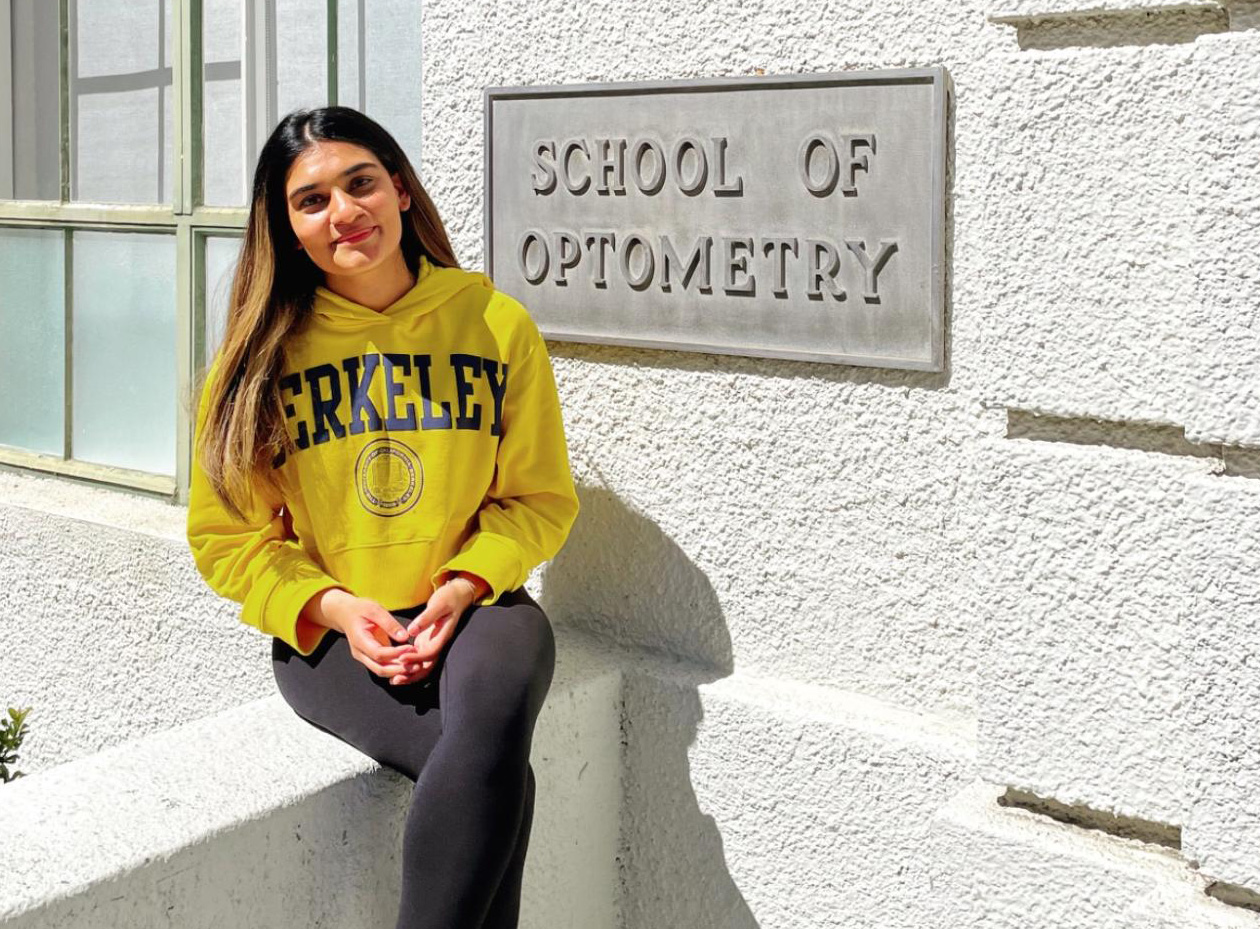 Isabella Terry was born and raised in the East Bay Area. After high school she moved to the Sacramento area and got her bachelor's degree in Neurobiology, Physiology and Behavior from UC Davis. She graduated in 2021 and started her optometry journey at UC Berkeley the following August.

When she was ten years old, Isabella told her Mom she wanted to be an optometrist. She received her first pair of glasses and was grateful for her clear vision. At the time it may have been naive, but with age she fell in love with science and began to think more seriously about a career in healthcare. Thinking back on her experience with her optometrist, she shadowed and decided optometry was the right fit for her. She admires the work-life balance and the ability to get to know her patients in the exam room.

As a current student, Isabella appreciates how kind her fellow students, administration, and faculty are here at Berkeley Optometry. She feels that all the students have one common goal of becoming the best optometrists they can be and they help each other along the way. Feel free to reach out to her if you have any questions about student life here at Berkeley, application advice, or anything else! 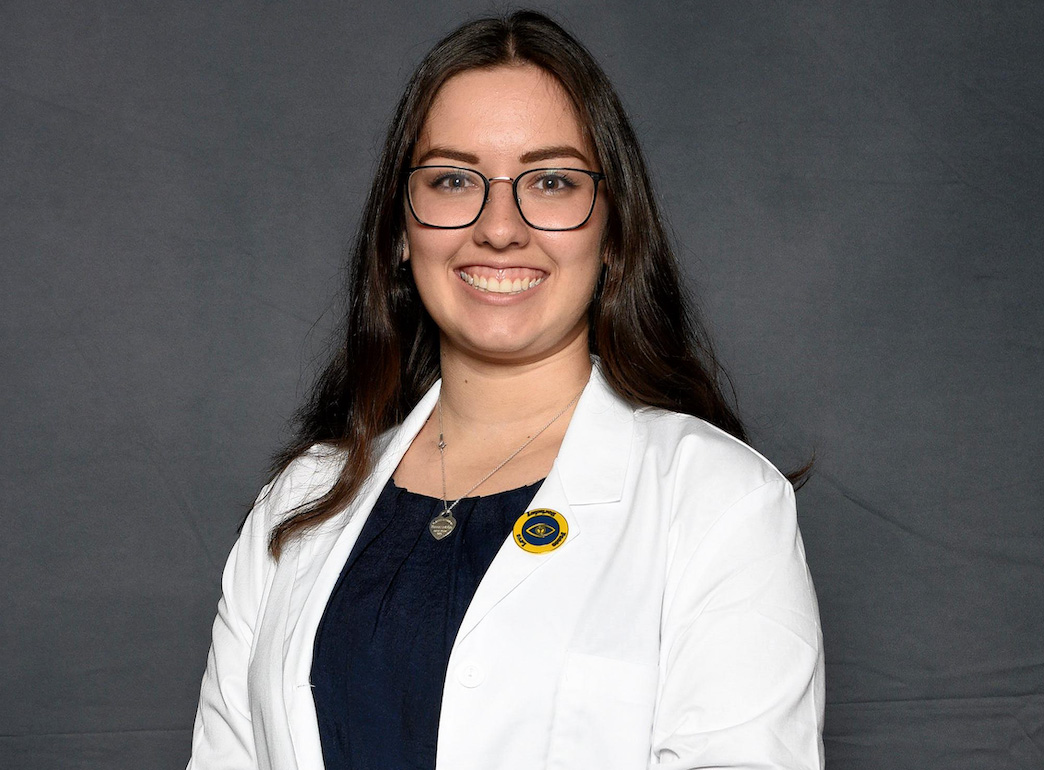 Baldemar Torres’ family is from Monterrey and Guadalajara, Mexico and he is the only member of his family that was born in the US. Although he was raised in San Jose, California, he considers himself a Central Valley native. Baldemar completed high school in Merced, California and grew very attached to his community there. He graduated from Stanford University with a degree in Biology and Modern Languages and he later worked in the tech industry in San Francisco and Tel Aviv, Israel as a software engineer.

Baldemar served as Co-President of his class during his first-year, but he later transitioned to the role of AOSA Trustee-Elect, where he currently serves as lead for the Diversity, Equity, and Inclusion interest group. He enjoys networking in the industry and you will often see him send updates from optometry conferences throughout the year. He believes that as a student it is never too early to start making a difference, so speak up to your school administrators if there’s ever any change you want to bring to the school.

You are in for a journey in optometry school, but Berkeley Student Ambassadors are here to guide you, support you, and hopefully, empower you to thrive as future doctors of optometry! 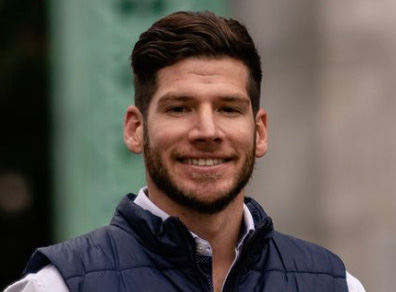 Evan Toy was born and raised in Seattle, Washington and graduated from the University of Washington, earning a B.S. in Public Health in 2021. During undergrad, he worked in a couple of different optometric offices with unique settings. Evan believes that vision is our most important sense, and thus comes the opportunity to leave a long-lasting impact on every patient's life. His top priority in a career in optometry would be to help others live their life in its fullest and purest form, and to provide them with the tools to be able to see the world around them effortlessly.

Evan chose UCBSO because of the small, and tight-knit class size, as well as the world-renowned clinical education and on-campus resources that UC Berkeley has to offer. When applying to optometry school, Evan believes that there should be an emphasis on transparency, both from the school, and the prospective student. He applied to UCBSO during his senior year of undergrad, without taking the OAT, and would love to provide guidance for prospective students considering a similar approach.

He is excited to talk to any prospective students and would encourage them to reach out even with the smallest questions! 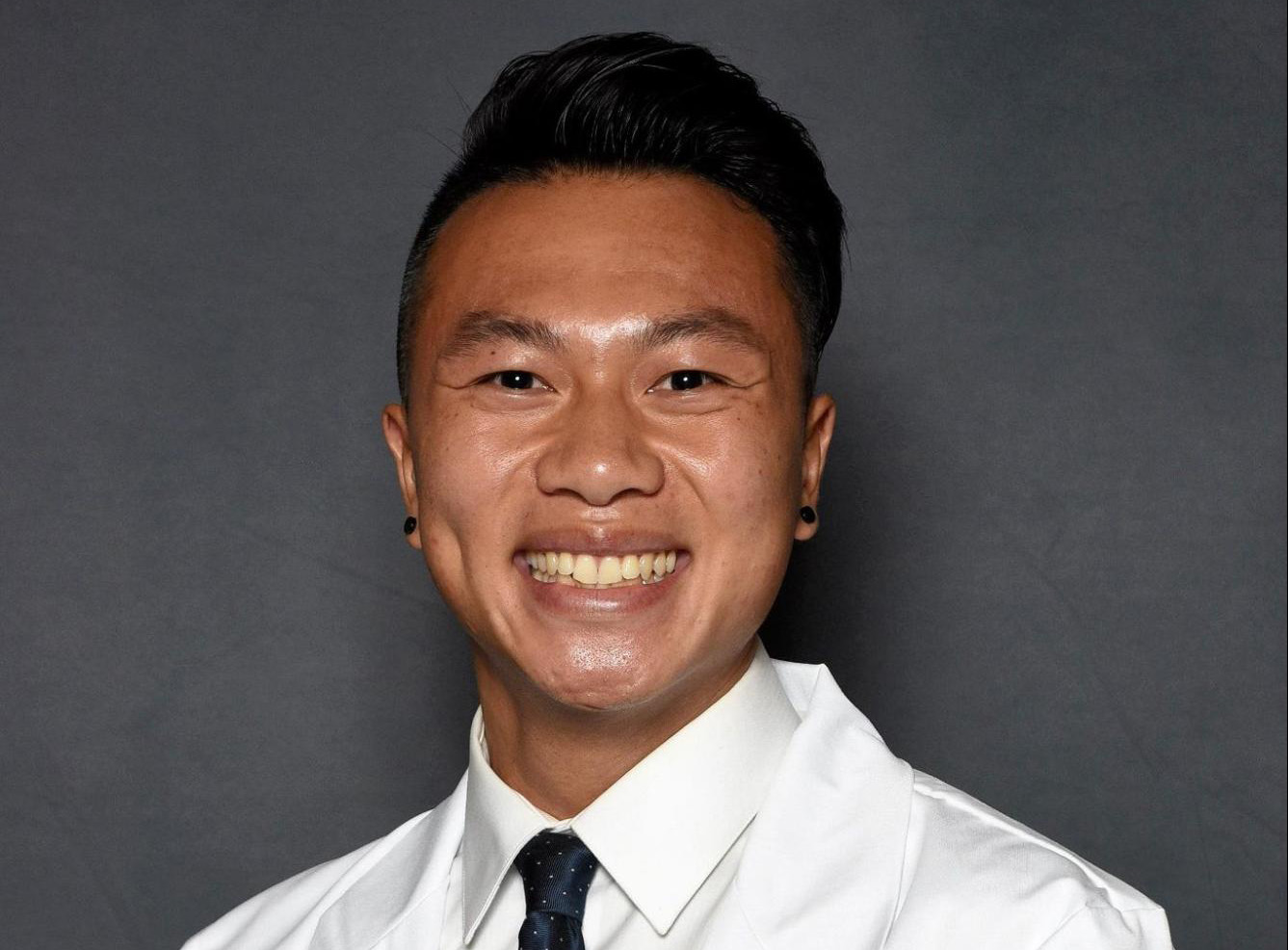